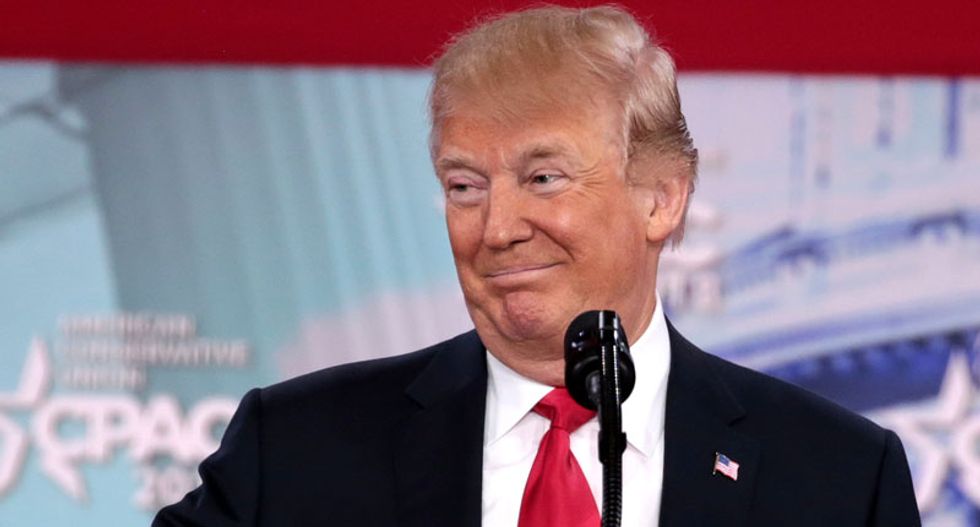 In a deep dive into how President Donald Trump is using his legal team less for lawyerly maneuvering, and more for rabble-rousing appeals to the public via cable TV appearances, Politico took a look at Trump's shadow lawyers, Joseph diGenova and Victoria Toensing who aren't on the Trump payroll, but do his bidding nonetheless.

According to the report,  diGenova -- a former federal prosecutor --and his wife Toensing, have become two of Trump's most vociferous defenders, rivaling even former New York City mayor Rudy Giuliani -- who reportedly laughed at how many time they have appeared on TV -- to try and undercut  special counsel Robert Mueller's investigation.

In an interview, Giuliani -- who has his own issues appearing on TV as a Trump advocate --  admitted that Trump speaks with diGenova constantly for legal advice and strategy, even though the former prospector wasn't formally brought into the Trump inner legal circle because the president was was reportedly displeased with how "disheveled" the husband and wife appeared.

"He'll call four or five people like Joe and say, 'What do you think? So and so says this. Who's right?'” Giuliani explained.

While the couple describe themselves as “playing the role of lawyers on television and in real life” for Trump, outsiders say their job is to lie and throw out conspiracy theory red meat to Trump's Fox News-obsessed base.

During a recent CNN appearance,  Toensing called former FBI Director James Comey, and former federal prosecutor Patrick Fitzgerald -- who convicted the now-pardoned Scooter Libby -- “two of the most despicable, despised, unethical prosecutors to ever come down.”

That earned a rebuke from former federal prosecutor Renato Mariotti, who worked under Fitzgerald, who complained, “She said so many lies and demonstrable ... statements that you could easily look up and find are false. It was hard for me to sit through that segment, to be very frank with you.”

With the couple repeatedly calling Mueller's investigation into Russian collusion in the 2016 presidential campaign  and a desire to sit down with the president a “brazen plot … to frame Donald Trump," longtime observers of the two say it is no surprise as their current shtick is trading in conspiracy theories.

According to former Watergate counsel Philip LaCovara who was also a former law partner of Toensing,  her husband “used to be more mainstream, but the ensuing decades [has shown] a bizarre tendency to spot demonic conspirators lurking behind every bush.”

Working for Trump the couple have also gone after Rep. Trey Gowdy (R-SC) for dismissing Trump's "spygate" complaints,  and Assistant Attorney General Rod Rosenstein, saying, "The deputy attorney general today disqualified himself from continued service in the Department of Justice,” because he wouldn't allow Republicans sympathetic to Trump to review sensitive documents that are part of the Mueller investigation.

Appearing on Fox News, diGenova said of Rosenstein, "Jeff Sessions now has an absolute responsibility to call him into his office, berate him for saying that constitutional oversight is extortion. That statement by a constitutional officer like Rod Rosenstein is disgraceful. It's an embarrassment to the department.”

While legal experts say the couple aren't up to snuff when it comes to the complexities of the spiraling legal case against Trump -- with it's Constitutional overtones -- their conspiracy-mongering is effective.