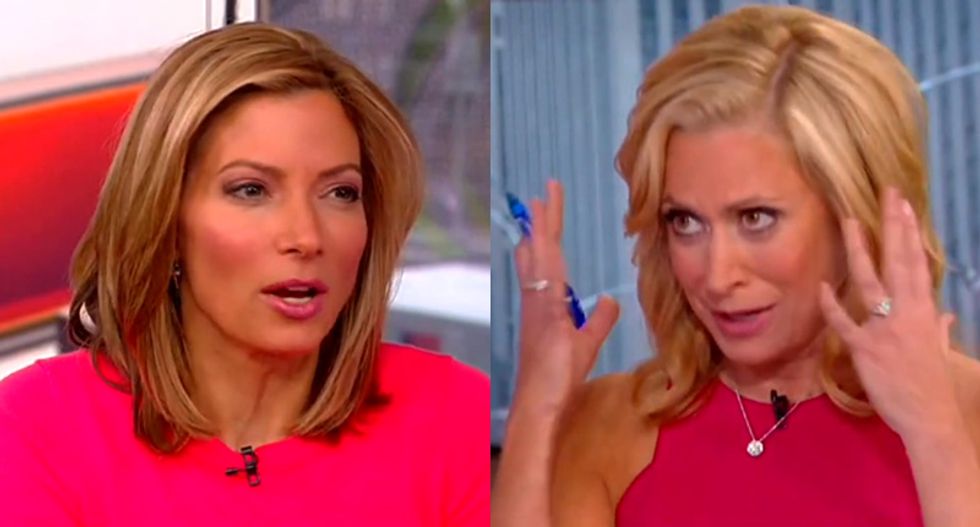 Two financial experts on Fox News couldn't figure out why President Donald Trump was lashing out at the Federal Reserve chairman on Friday.

Trump has continually berated Federal Reserve chairman Jerome Powell, who the president nominated in 2017. Trump believes that Powell should not have raised interest rates and has not moved quickly enough to cut them.

On Friday, Trump questioned whether Powell was a “bigger enemy” to the United States than Chinese President Xi Jinping. Trump's attacks came shortly after Powell delivered a speech in Jackson Hole, Wyoming.

"Can I start with this idea? When Chairman Powell was talking, we were getting [his] remarks, the market was actually going up. It sounded to me... that [Powell] was being accommodating. You know?" remarked Fox News host Melissa Francis, who is also a host for the Fox Business Network

"I think, as you rightly point out, yes, I think that’s how most investors took those comments," replied Fox Business host Deirdre Bolton. "The Fed chair was not going to announce a rate cut right there from Jackson Hole, Wyoming, but he was doing his best to telegraph in his own way that cuts would be coming."

"We know from what investors expect, almost 100% of the market participants expect a 25-basis point cut in September," Bolton continued. "I feel like President Trump just grabbed the mic, essentially, virtually, from the Fed chairman. And you read that tweet, of course, that was very highly critical of the Fed... I feel like President Trump just took over that narrative and then pushed as far as possible, really, against China and we see of course the market reaction."

Francis later added that Trump had attacked Powell "when it seems like Powell was already on his side."