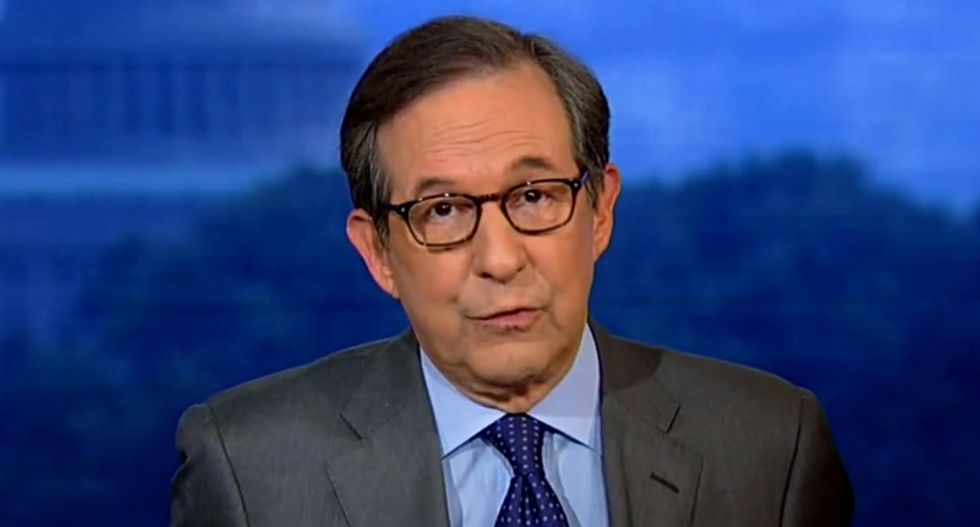 Fox News' Chris Wallace fact-checked Republicans Thursday as they were beginning to debate the impeachment bill on the House floor Thursday morning. Wallace explained that the impeachment inquiry against President Donald Trump was about a lot more than his phone call with Ukraine.

"One of the points I would make, and this is to push back, I respect Bill Bennett a lot," Wallace said. "But he makes it -- and some Republicans do -- that it was just a phone call. It was a lot more than a phone call. It was a coordinated campaign. What you’ve heard from Bill Taylor and Fiona Hill and Lt. Col. Vindman and a bunch of others, it was a coordinated campaign by people outside the regular diplomatic channels at the State Department to put pressure on Ukraine to do certain things to investigate the Democrats from what they did in 2016 to investigate Biden that preceded the phone call on July 25th and followed the phone call after July 25th. And I think that’s one of the things that will be so interesting to hear from Tim Morrison today is this campaign. It didn’t begin and end with the phone call."

Host Bill Hemmer noted that Republicans are still complaining about the "process" instead of the facts that led to the impeachment, saying that it's the wrong way to do it. Some are even saying that it's already a mistrial before the actual trial even got started.

"The thing is, I’m interested in the Republicans saying this: The Constitution is very clear and very non-specific. It basically says the House has the power to impeach. It doesn’t say anything about how they do it, what committee they send it to, whether the hearings are open or closed."

He noted that this week a federal judge even ruled that it doesn't matter whether impeachment has been voted on, despite what Republicans have complained.