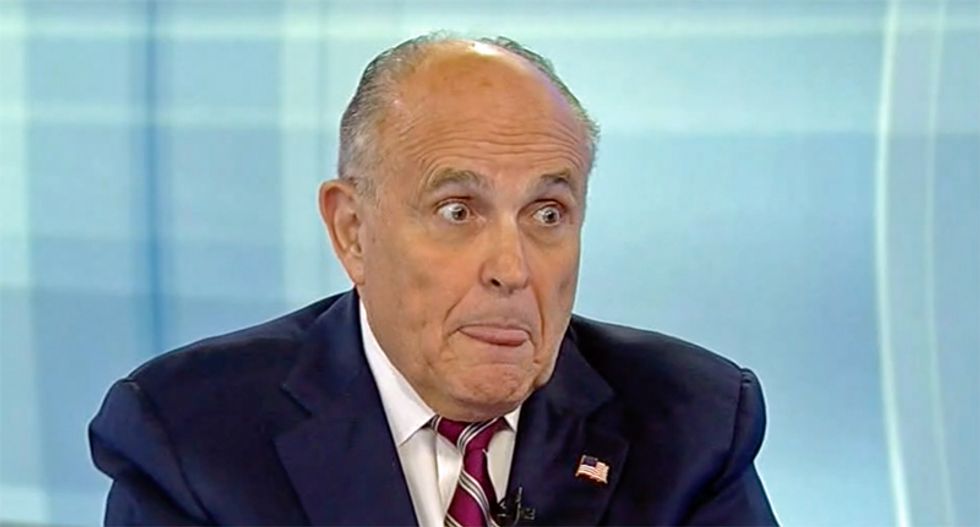 The website for a consulting service that set up business contacts between Rudy Giuliani and clients in Russia and Ukraine has suddenly gone offline.

The firm was set up in the U.S. in 2003 by Russians and Soviet emigres, and Giuliani used their network to obtain security contracts around the world, even after he started working without pay for the president.

Congressional investigators are now looking into those contracts as lawmakers examine his shadow diplomacy in Ukraine, which Giuliani insists was sanctioned by the U.S. State Department.

House Democrats are also seeking documents and communications between Giuliani and TriGlobal's co-founder and president Vitaly Pruss, who helped connect the president's attorney to Ukrainian figures, as part of an impeachment inquiry into Trump's call with that country's president.

A member of the firm's advisory board told Bloomberg on Tuesday that he had invited Giuliani to give a paid speech at a conference in Armenia where Russian president Vladimir Putin and Iranian President Hassan Rouhani also spoke.

Giuliani withdrew from that event after his participation was reported ahead of time.

TriGlobal's website had listed a June 2016 biography of that board member, Ara Abramyan, that described him as a “very close adviser to the Russian government’s inner circle including the President and the Prime Minister,” but that vanished the following year.

Giuliani has worked with TriGlobal since at least 2005, when the firm arranged for him to meet with representatives from the Russian steel producer Magnitogorsk Iron & Steel Works PJSC.

The president's attorney insisted to Bloomberg that his ties to TriGlobal were of no importance.

“This is a diversion,” he said. “TriGlobal is totally insignificant.”