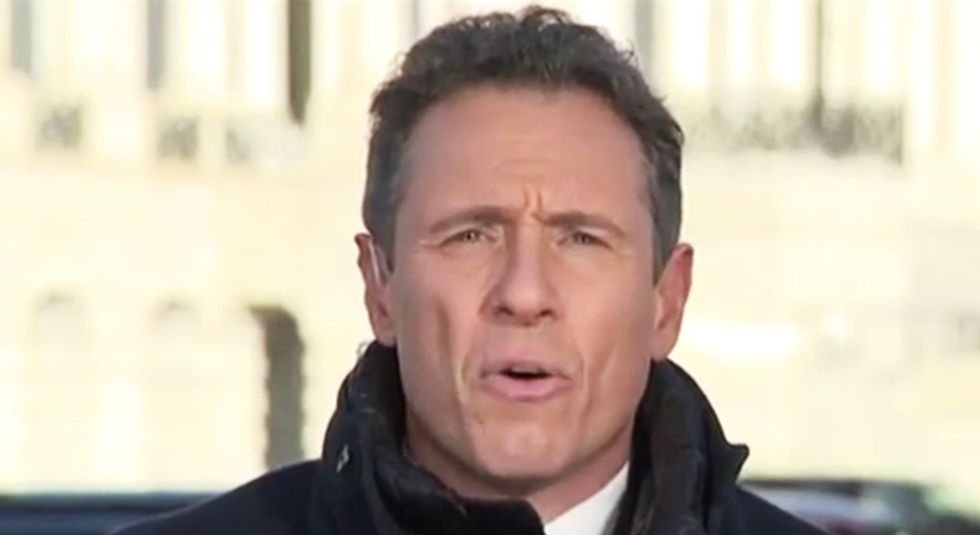 Speaking with contributor Susan Glassner, the CNN legal analyst Ross Garber suggested, "Ultimately it will be interesting to see how the Republicans handle Hill today. Will they push back on the notion of Ukraine actually interfering in 2016?"

"We know this answer," Cuomo excitedly interjected. "They are going to say to him, to her, 'The black book. we don't really know it was authentic.' She going to say no. And they'll say 'it was authentic, but aren't they corrupt? And Manafort, a lot of stuff they had on him was weird and weren't these people named Chalupa, not the Taco Bell one, but the other one -- she went in and tried to get help for [Hillary] Clinton."

"How do you deal with that when these are things you've dismissed? " he asked.

"Fiona is a key fact witness in addition to making the point the entire U.S. government has already made over and over again that it was Russia responsible for the intervention," Glassner stated. "In the deposition, the Republicans went down the road of arguing about conspiracy theories with her and that was a very sharp moment. You can read that transcript and she challenged them. I'm not sure they will pursue an extended debate about the facts of the matter because I think, frankly, she'd annihilate them on the facts."

"She is a key witness because John Bolton, her former boss, the former national security adviser, because he has refused to testify so far, she's the one who produced, I think, the really eye-popping disclosure in her early deposition that he was -- that national security adviser was so alarmed about what the president and his advisers were doing. he told her to go to the lawyers," she continued. "He said I don't want to be a part of any drug deal that they're cooking up. He called Rudy Giuliani a hand grenade. So Fiona is a very important witness when it comes to the alarm inside the White House with the president's own advisers as far as what was going on here, and so i wouldn't discount that."

'You're counting on it," Cuomo suggested before adding, "It's still an abuse of power, even if you believe something like this because it was so ignorant to believe it that it actually makes you a national security threat."