Mark Meadows tries to dismiss new bombshell during frantic press gaggle: ‘Everybody has their impression of what truth is’ 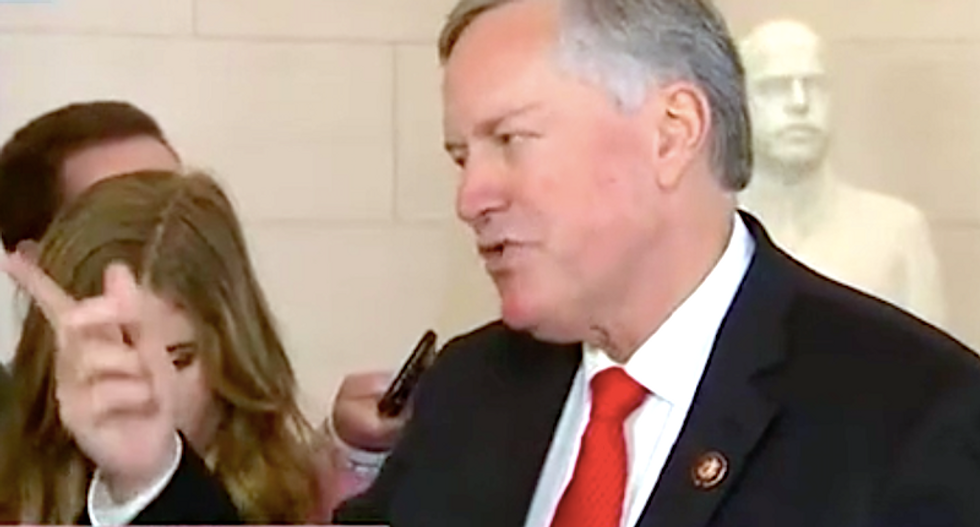 Bill Taylor, the top U.S. diplomat in Ukraine, told a House impeachment inquiry that he learned Friday that one of his staff members overheard Trump ask EU ambassador Gordon Sondland about "the investigations," one day after the president asked his Ukrainian counterpart to investigate Joe Biden.

Meadows, a North Carolina Republican and one of the president's chief defenders, gave a frantic news conference shortly afterward.

"He didn’t testify to it originally," Meadows told reporters. "You know, it’s amazing — he was prepping to come up here. He prepped for hours to come up here, then all of a sudden he gets this miraculous intervention from one of his staffers that reminds him of something."

But Meadows said the testimony, which shocked legal experts and the former Russia ambassador, was ultimately of little importance.

"Does it concern me? No," he said. "I think what happens is when we start to look at the facts, everybody has their impression of what truth is. Just like you as reporters have your impression of what the truth is. The ultimate judge will be the American people, and I think most of them will see what I’m seeing in the room, reporters and people in the audience yawning because this is all about a policy difference between the president of the United States and a few people in the State Department."