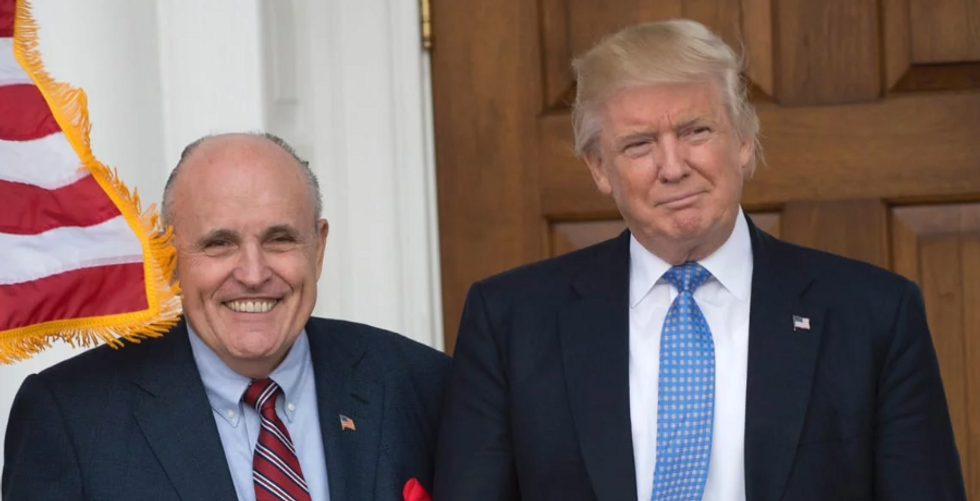 Addressing former New York City Mayor Rudy Giuliani's latest admission of what is likely another crime in an interview released on Monday, a CNN panel headed by hosts Alisyn Camerota and John Berman claimed Donald Trump's lawyer is making it easier for reluctant lawmakers to say yes to impeachment.

In the interview, Giuliani admitted that he got former American ambassador to Ukraine Marie Yovanovitch fired so that he could more easily pursue his efforts to dig up dirt on former Vice President Joe Biden, stating, "I believed that I needed Yovanovitch out of the way. She was going to make the investigations difficult for everybody.”

That led CNN legal analyst Jeffrey Toobin to explain, "Giuliani is admitting that he got the American ambassador to Ukraine fired."

"I mean, that's what he was bragging about, and it's really undisputed," Toobin continued. "And why did he do that? Because he wanted to get dirt on Joe Biden to help the president. And the president had nothing but praise for Rudy Giuliani! This just shows that, you know, the Democrat's narrative is just true about what happened here."

"To your point, it might be that when the likes of Rudy Giuliani are out there confessing to something like this, that it makes the decision for a Democrat easier because you can think of the substance and why this matters to Americans here," host Berman added.

"Yeah, I just think that the -- that they've decided, the White House, Trump, Republicans, have decided have decided to double down," CNN contributor Kirsten Powers added. "And they basically say 'he didn't do anything wrong' there's nothing wrong with this.' And I think they're going to continue to do this -- that's why they're doing it so brazenly and out in the open. That's their fundamental argument."