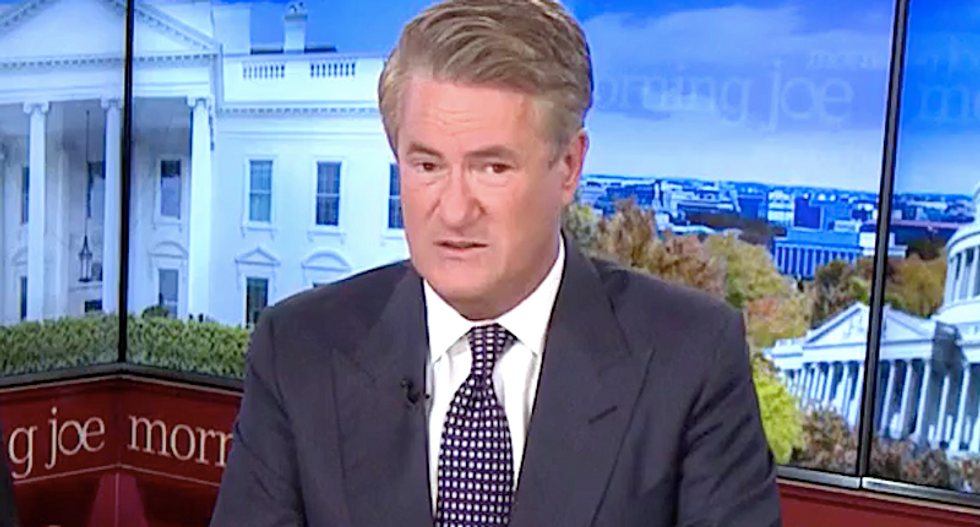 Kicking off "Morning Joe" after the holiday weekend, MSNBC host Joe Scarborough cut right to the chase and called Republicans who are still defending Donald Trump after two weeks of impeachment hearings "Russian assets" who have no problem pushing "active propaganda" from the Kremlin.

Using a combative interview between NBC's Chuck Todd and Sen. John Kennedy (R-LA) on Sunday as a springboard -- where the NBC pointed out the senator he is being duped -- Scarborough trashed the Trump dead-enders.

"It's going to be a very important week not only the history of the Trump administration, but of this country," Scarborough began. "Think about how telling it is that after two weeks of damning testimony day after day and after Republicans are given a week to prepare, an additional week after those two weeks to prepare for the president's defense, they were left yesterday parroting Russian propaganda points about Ukraine interfering in the 2016 election."

"This is what's so damning," he continued. "Those Russian propaganda talking points have already been knocked down and discredited by the United States1 17 intel agencies. and the United States Senate got a briefing from the intel community to tell them specifically that what John Kennedy, what Senator John Kennedy of Louisiana said yesterday on 'Meet the Press' was not only a lie, but that it was active Russian propaganda and had warned the senators that the Russians had been pushing this propaganda line for years."

"If you haven't been paying much attention over the past week because of the holidays, it's important to understand you saw two -- two really moving, important weeks of testimony and now the Republicans are coming back, they still have no defense, and they're actually reduced now -- they're doing nothing but repeating Russia propaganda points," Scarborough maintained. "As somebody said yesterday, if they do that, knowing the 17 intel agencies told them it was a lie and being warned in the United States Senate, then actually they're not ignorant, that they've actually turned themselves into being Russian assets -- that's where we are as a nation."