World to the US: 'What the hell is going on' with Trump's 'shady cast of characters?' 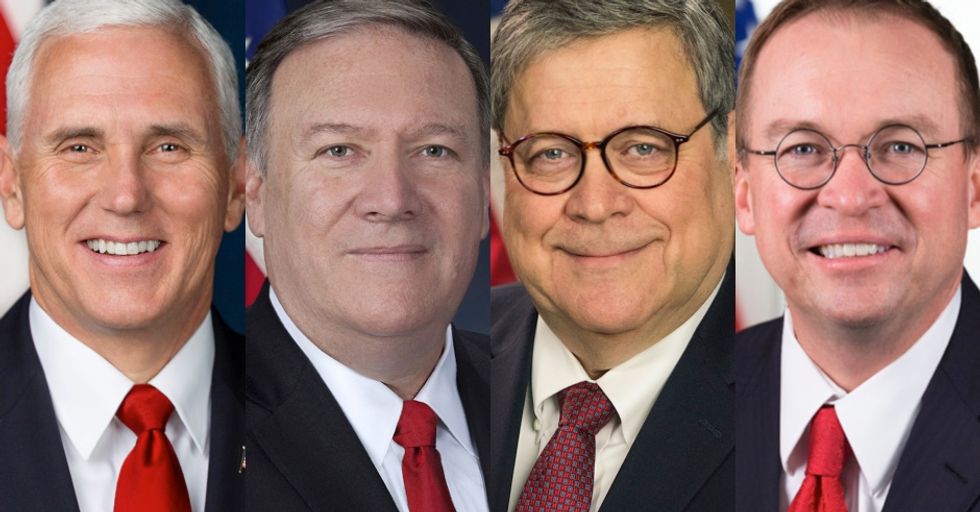 It may be the biggest story in Washington and one that’s further polarized an already bitterly divided nation but does the rest of the world care about the effort to impeach Donald Trump?

If you scanned the biggest global media outlets during the first two weeks of the proceedings, the answer would be no–except for the Kyiv (Ukraine) Post, which admittedly has a vested interest in the case.“SHADY CAST OF CHARACTERS” read a recent headline over photos of Trump and Rudy Giuliani and others they called “engineers of the Trump-Ukraine scandal.”

Most of the EU is focused on this week’s NATO summit in London following French President Emmanuel Macron’s blunt pronouncement last month that Europe can no longer rely on the U.S. to defend its allies given Trump’s abrupt pullout from northeastern Syria in October.

At the start of the impeachment hearings last month, Le Monde wrote that the “United States is engaged in the unknown.” One problem abroad is confusion over the entire procedure or as Le Monde put it, “Qu’est-ce que l’impeachment?”

“The average person overseas either doesn’t really understand what’s going on or doesn’t care,” said Berit Poska, 28, an Estonian who works at an international music startup based in Brooklyn.

“My parents only pay attention because they know it’ll be easier for me to get a visa to stay here if Trump is removed from office. But they don’t really get how it works. They just know it’s a possibility. There’s not much about it in the news in Estonia.”

The state-run People’s Daily in China, the fourth most-read newspaper in the world, is furious about the U.S.-China trade war and what it calls “Washington’s hegemonic thuggery on Hong Kong” but it’s been difficult to find much on America’s historic attempt at removing Trump from office.

According to the Washington Post, China’s leaders hope Trump survives the impeachment to win another term.

“Trump is a businessman. We can just pay him money and the problems will be solved,” said a politically connected person in Beijing, speaking on the condition of anonymity to the Post about sensitive international issues. “As long as we have money, we can buy him. That’s the reason why we prefer him to Democrats.”

The People’s Daily ran a piece from Agence France Presse in effect criticizing Democrats for deflecting from the presidential race.

“Joe Biden faces scrutiny over Ukraine, Elizabeth Warren is surging and Bernie Sanders had a heart attack, but recent developments in the US Democratic presidential battle are getting minimal attention, swamped by Washington's impeachment obsession,” AFP wrote.

“Most Democratic candidates are pounding the pavement in early voting states but they are finding little oxygen for the nomination race.”

Germany’s Süddeutsche Zeitung took on a similarly scolding tone, saying: “The Democrats have only a small chance to win the 2020 presidential election. With an impeachment procedure against Trump, they risk everything.”

Stephan Bierling, an international politics professor at the University of Regensburg in Germany told the Washington Post that “all parties apart from the (far-right) AfD party would be jolly glad if the Trump presidency was over.”

Bierling added, though, that some of the reasons he believes some of Europe wants Trump impeached are “debatable.” Some of Trump’s criticism of Europe—particularly his attacks on Germany for its low defense spending—has been backed by analysts, the Post said.

A Changing Image of America

European intelligentsia may get it–and the impeachment proceedings could well be a turning point in the U.S. image abroad, according to Jochen Bittner, of the German weekly Die Zeit writing in The New York Times Friday.

“To European eyes, what is on display there is more than just a controversy over whether Donald Trump abused his presidential powers,” he wrote. “Rather, it looks like the defining battle between two ideas of America: America as a partner and America as a bully. The bigger question hanging over the entire impeachment question is whether a majority of Americans believe that coercing a country like Ukraine into cooperation for the sake of the Republican Party is acceptable foreign policy.”

For the rank and file around the world, though, it’s a green vegetable story when they prefer pizza.

Like many other big-circulation foreign newspapers, the Times of India and South Africa’s The Sun mostly rely on European or American wire services for news about the impeachment. They often prefer stories about Trump’s latest tweet or his recent pardoning of the turkeys Bread and Butter on Thanksgiving.

@LindseyGrahamSC You wailed about Benghazi for FIVE YEARS but you're ready to dismiss more deaths on American soil after two weeks?
— Grey_Obelisk (@Grey_Obelisk)1610899732.0

"And so he's going to go out and say, here's what I know and here's what I've been told," Gidley explained. "The president doesn't make these things up, whether it be, you know, advice relating to the coronavirus that he got from Dr. Fauci and Dr. Birx or whether it be related to the way the election was conducted. This information is out there."

According to Gidley, "the media are trying to have it both ways" by calling on Trump to condemn the violence while saying he doesn't deserve the right to access to social media.

"The whole thing is disingenuous," he added before launching an attack on Democrats.