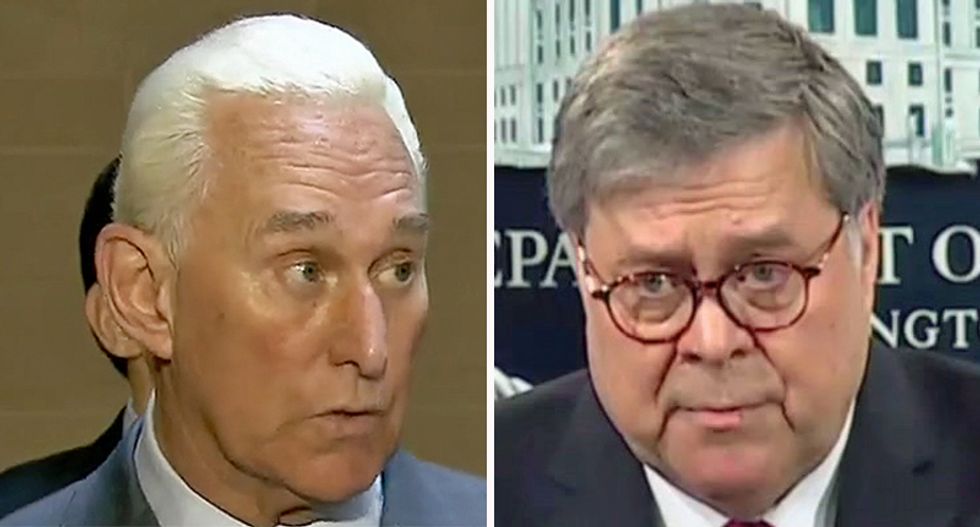 The Department of Justice received an expedited Freedom of Information Act (FOIA) request from a watchdog group after a day of chaos surrounding Attorney General Bill Barr.

Citizens for Responsibility and Ethics in Washington (CREW) quickly responded to the scandal.

"On February 10, 2020, the Department of Justice recommended a seven to nine year sentence for Roger Stone on charges of obstructing a congressional investigation, making false statements to Congress, and witness tampering during the Russia investigation," Crew noted. "Trump tweeted that the recommendation was 'horrible and very unfair' and shortly after, a senior DOJ official intervened to overrule the front-line prosecutors and announced that they would be recommending a more lenient sentence. Four DOJ prosecutors have resigned from the case since the announcement."

"This highly unusual interference by senior DOJ officials in Stone’s prosecution raises serious questions about the integrity of DOJ’s processes. The extent to which these processes have been improperly influenced by the president is of urgent public concern," CREW added.