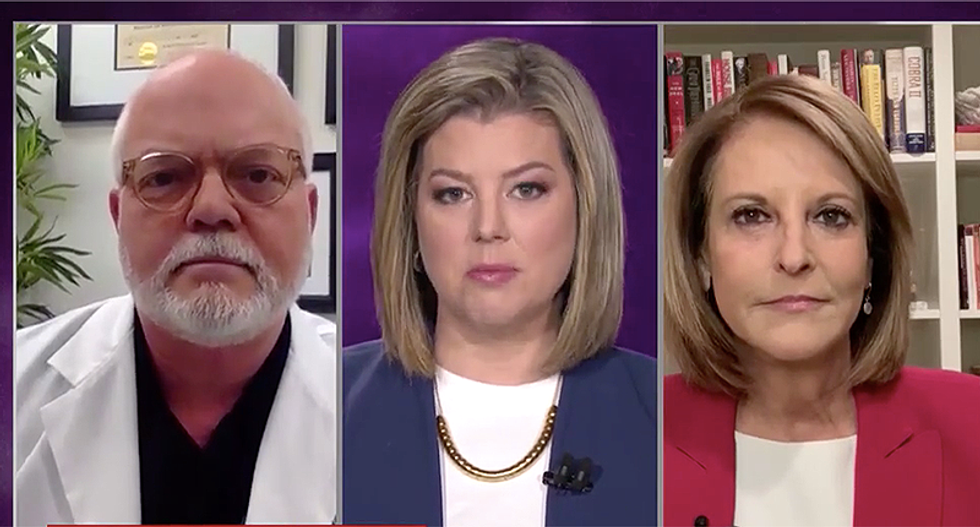 A CNN panel was floored by President Donald Trump's decision to reopen everything by April 12. While most political officials are urging the president to listen to scientists, Trump has reportedly grown tired of the crisis and thinks since the death rate is currently so low that it's time to stop the social-distancing.

Trump went back to saying that the disease was nothing more than the flu and that there are more deaths by car accidents than there are the coronavirus. Many epidemiologists believe that the United States hasn't yet reached the peak of the infection and death rate. Hospitals are already preparing for it, opening makeshift hospitals in convention centers and sports stadiums.

After seeing Trump's comments on Fox News, CNN host Brianna Keilar asked why Trump wasn't focusing on ventilators and masks, the two things hospitals are reporting that they need most.

"In fact, he decided to get into a fight with Andrew Cuomo, about whether he could have ordered the ventilators on his own years ago or not," said CNN political correspondent Gloria Borger. "Look, this is a president who is clearly worried about the economy, as everybody else is, and seems to be driven by his own instinct, as we all know, because he's told us, more than the science."

She noted that during the Fox News town hall Trump's constant comparison to the flu "stunned" her.

"Thousands and thousands of people die of the flu every year. 'People die in car accidents,' he says, 'but that doesn't mean that you can't drive cars,'" Borger continued, quoting the president. "These are both analogies that the scientists have said don't apply in this particular case. And so perhaps it's an effort to try to give Americans some kind of hope, but I think what it does is it scares people, because they're confused. They're not sure who to listen to. They're not sure who's driving these decisions, and are the people with the knowledge driving these decisions and why isn't the president talking about a way to sort of walk and chew gum at the same time? And figure out a way to try and do that rather than saying, you know, this is all going to be raring to go by Easter."

Borger's comment was a reference to the idea that the economy can be stimulated with government intervention while the country shelter's in place to help keep people safe from the virus. Trump told the Fox News town hall that he has no intention of signing the bill that Democrats and Republicans have worked for days.