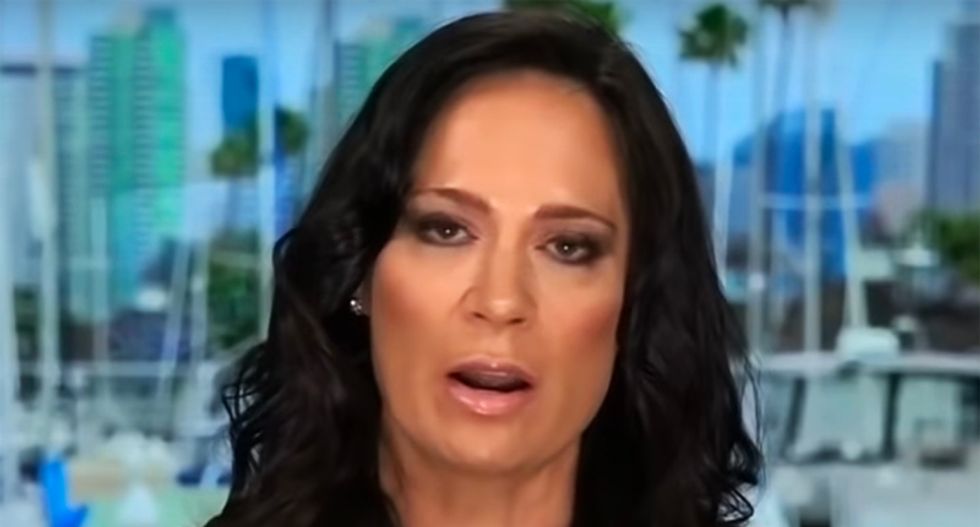 A Monday morning appearance by White House Press Secretary Stephanie Grisham on Fox News to tout Donald Trump's health in the face of the coronavirus pandemic was panned by one of CNN's chief political commentators after she gave what he called a "dumb" defense of the president's habits.

Speaking with the hosts of Fox & Friends, Grisham -- who has yet to hold an official White House press conference -- dismissed concerns that the president might have been exposed to the COVID-19 virus when attending the CPAC conference last week.

After stating that Trump has no intention of canceling his MAGA rallies in the face of the pandemic, she added, "And I’ll tell you what, with our president, this man who doesn't sleep and who I have seen work 15, 16 hours a day every day, I have no problem thinking that he is going to be just fine and just healthy.”

According to CNN's Chris Cillizza, Grisham's answer is entirely at odds with recommendations from health officials and said it was "stunningly bad."

"Grisham's response is akin to being asked about whether you are worried about getting the flu and responding: 'No, I lift a lot of weights and I am pretty jacked,'" he wrote. "No, actually, it's worse than that. Because what Grisham is touting -- that Trump works a lot and doesn't sleep -- are just the sort of things that make you more vulnerable to illness, not less so! Lack of sleep is VERY clearly linked to lowered immune health!"

"Look, I get it (I think). Grisham is trying to project calm here. Panic is the enemy in these sorts of situations. And if the White House is panicking, well, that's likely to trigger a broader panic in the country," he continued. "But there's more here too. Trump fashions himself as a man's man, a tough guy -- someone who laughs in the face of danger. Weakness is for Democrats, not for people like Trump! And that's what is driving Grisham's response here. Trump works all the time! He never sleeps! How could he possibly get sick!"

"This is, to put a fine point on it, dumb. Viruses are not impacted by how 'tough' you are. That's not how any of this works!" he added.

Cillizza did credit Grisham for later encouraging people to wash their hands, but added, "The problem is what Grisham said before she said the right thing. And that previous quote exposes a flawed logic that is the last thing the country needs right now."

You can read his whole piece here and watch the interview below: