Bill Barr's battles with SDNY's Berman date back to the day Barr was sworn in as Attorney General: WSJ 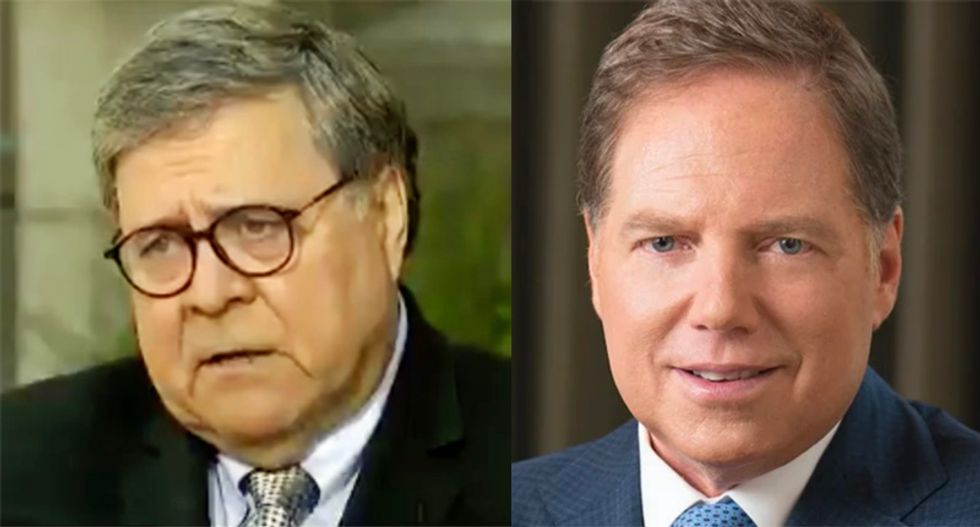 According to a report from the Wall Street Journal, the attempted firing of Southern District of New York lead prosecutor Geoffrey Berman by Attorney General Bill Barr was long in coming and began preordained days after Barr was approved by the U.S. Senate.

Friday night, in a press release from the Justice Department, Barr announced that Berman had "stepped down," only to have the prosecutor issue a defiant press statement of his own saying he was not resigning and had no intention of resigning -- setting up a possible battle in federal court.

As the Journal notes, the two lawyers facing off in court is the culmination of months of Barr inserting himself into investigations being conducted by the SDNY -- particularly any involving Donald Trump and his associates including former New York City Mayor Rudy Giuliani.

With the Journal noting, "The exchange—in which a U.S. attorney refused to be fired by his boss, the most powerful figure in American law enforcement—sets up a showdown in the Justice Department several months before a presidential election," adding that Barr "offered Mr. Berman a job leading the Justice Department’s civil division in Washington, after [United States Assistant Attorney General for the Civil Division] Jody Hunt announced this week he planned to resign, but Mr. Berman declined."

While noting that Barr's announcement shocked some in the Manhattan U.S. attorneys' office, the report notes it was inevitable considering the ongoing investigations that could impact the president.

"Reports of tensions between Mr. Barr and Mr. Berman began circulating almost immediately after Mr. Barr was sworn in as attorney general in early 2019. Mr. Barr at the time sought information from the Manhattan federal prosecutor’s office about two cases involving the Trump administration, according to people familiar with the matter," The Journal reports. "One was an investigation into hush-money payments made to two women who alleged affairs with Mr. Trump, which had led to Mr. Cohen’s guilty plea the year before. The other was an investigation into alleged campaign-finance violations involving associates of Mr. Giuliani."

According to the report, Barr has expressed "skepticism" about some of the SDNY cases involving Trump and his associates, and recently "clashed over the Southern District’s prosecution of a Turkish bank that allegedly helped Iran evade U.S. sanctions," according to Justice Department sources.

According to the report Barr has been feeling out the man he wants to replace Berman with, Chairman of the U.S. Securities and Exchange Commission Jay Clayton, for weeks and that Clayton -- a Donald Trump appointee -- had expressed a desire to take over SDNY.