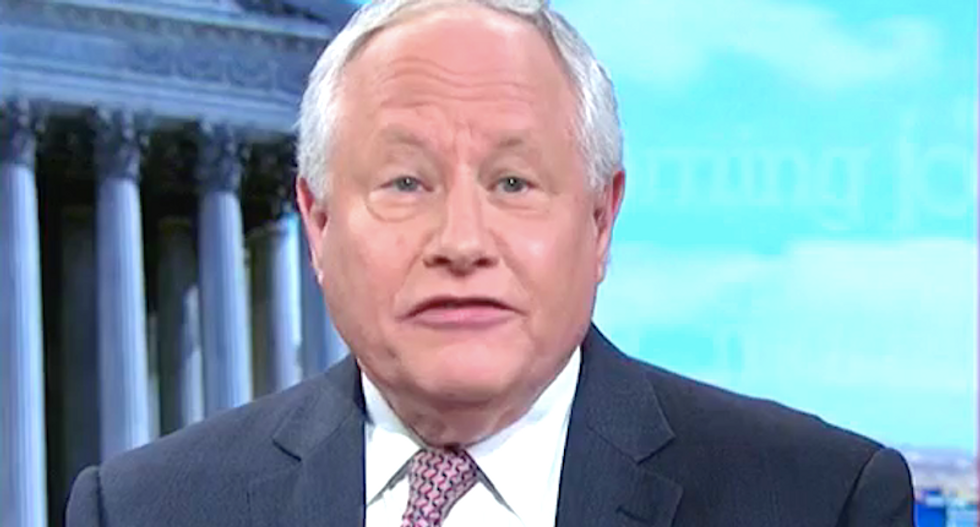 On Wednesday, Never Trump conservative Bill Kristol wrote in The Bulwark that former National Security Adviser John Bolton is telling the truth in his tell-all book alleging widespread chaos and corruption in the Trump administration — and that Republican leaders themselves know it.

"Whether or not one is surprised by what Bolton reports, no one should really doubt the truth of it," wrote Kristol. "I have no doubt that Bolton is telling the truth. Not simply because of my two, as it were, generally corroborating sources. But because I’ve known John Bolton a long time, and John Bolton is an honest man. He tells the truth. Full stop."

"John Bolton is neither a liar nor a fantasist. John Bolton may not be the epitome of warmth, humor, or even kindness. But he is honest," wrote Kristol. "Nor is he the type to get confused. He is a meticulous note-taker. When we read Bolton’s book, we will almost certainly be reading the nearest thing to the truth about the Trump administration that we’re likely to get before historians have a chance to get inside the administration’s archives."

Bolton's book contains a number of explosive claims, including that Trump begged Chinese President Xi Jinping to buy agricultural products from states he needs to win; that Trump interfered with international criminal cases to benefit Xi and Turkish President Recep Erdogan; and that Trump approved of Xi's efforts to put Chinese Muslims in concentration camps. The administration is currently trying to sue to block the publication of the book.

"Here is what is relevant for Republican elites going forward: They have known John Bolton for a long time, too," wrote Kristol. "Almost every Republican elected official, every influential Washington conservative, and many Republican donors know John Bolton. And they, too, know he’s honest."

"So what do they have to say about a president who blesses Chinese concentration camps, pleads for re-election help from an enemy dictator, and routinely subordinates the national interest to personal and political considerations?" Kristol asked. "How can they continue to support this president?"