Trump could have 'cruised' to re-election if he wasn't such a self-sabotaging 'idiot': columnist 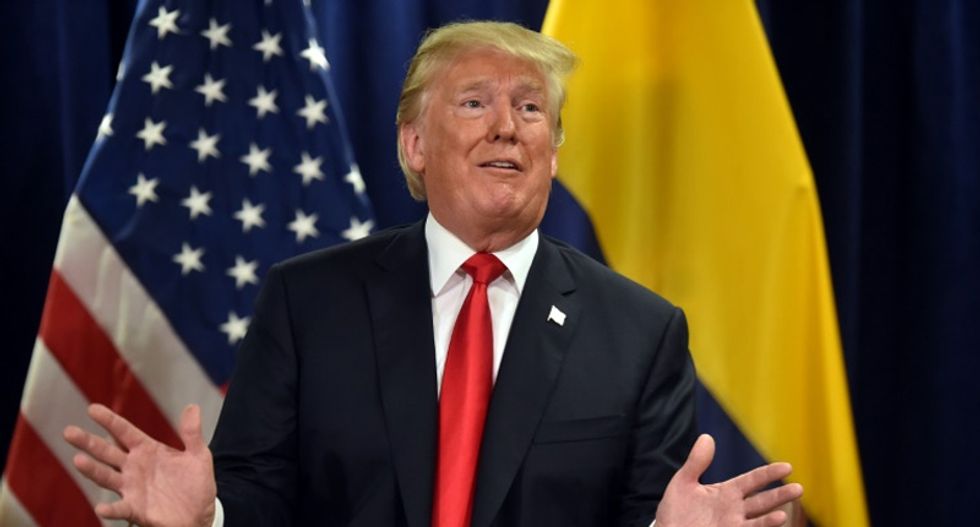 In a brutally blunt column for the Daily Beast, longtime political observer Michael Tomasky suggested that Donald Trump has reached the point in his political career where he needs to be president more than he wants to be president even though it's apparent he hates the job.

Yet, as he wrote, the president is doing a poor job of hanging onto the job that shields him from lawsuits and possible criminal indictments and for that Tomasky called the president an "idiot."

With the president floundering in the polls and Fox News reporting that GOP operatives are wondering if the president will pull out of the race rather than suffer what is shaping up to be a humiliating defeat, Tomasky wrote that Trump could have avoided even the hint of losing if he didn't insist on shooting himself in the foot.

"But he doesn’t actually want to be the president. Well, check that. He likes being called Mr. President. He loves people being obsequious to him. He seems to be OK with the White House, which he once regarded as a dump. He probably gets a mild kick out of knowing stuff that only presidents get to know, like Putin’s cellphone number and where the UFOs are kept. And of course he loves the power and the way he abuses it, which if we had a real Republican Party in Congress that was actually doing its job would have gotten him impeached and booted from office long ago," he wrote before adding, "But governing? He obviously hates it. Somewhere inside that cacophonous brain of his, he knows he sucks at it."

As for how he is blowing the election, Tomasky said the president has had a Congress that would have handed him some victories that would have appealed to the public but he couldn't be bothered.

"They had the presidency and GOP control of both houses of Congress for two years, and what did they pass? One thing. A tax cut. That’s the entire legislative agenda of the Republican Party. If they had anything else they wanted to do, well, they had two years to do it! Infrastructure—everybody talks about Trump and infrastructure. Why didn’t they do it in those two years?" he explained while admitting that Senate Majority Leader Mitch McConnell (R-KY) opposed before stating, "If Trump had wanted it, really wanted it, McConnell would have done it."

"Trump is such an idiot that way that it’s just brain-melting," he continued. "He wanted to win re-election? All he had to do, pre-pandemic, was be somewhat less of an asshole and pass an infrastructure bill. He’d have been cruising. Then, when the pandemic hit, all he had to do was try. He just needed to take it seriously in January and pretend he cared about something besides his ratings when 2,500 people were dying every day."

As Tomasky notes, it could be that deep down Trump wants to lose the election and move on.

"He wants to win, because to him, life is just one nonstop dick contest. But some dark and moldy part of him wants to lose, because he sure hasn’t acted like a guy who wants to win," he suggested before calling Trump's actions during the COVID-19 crisis that crashed the economy and led to massive unemployment, "the actions of a tortured, unstable person whose mind is in a state of being constantly ravaged by warring emotions."