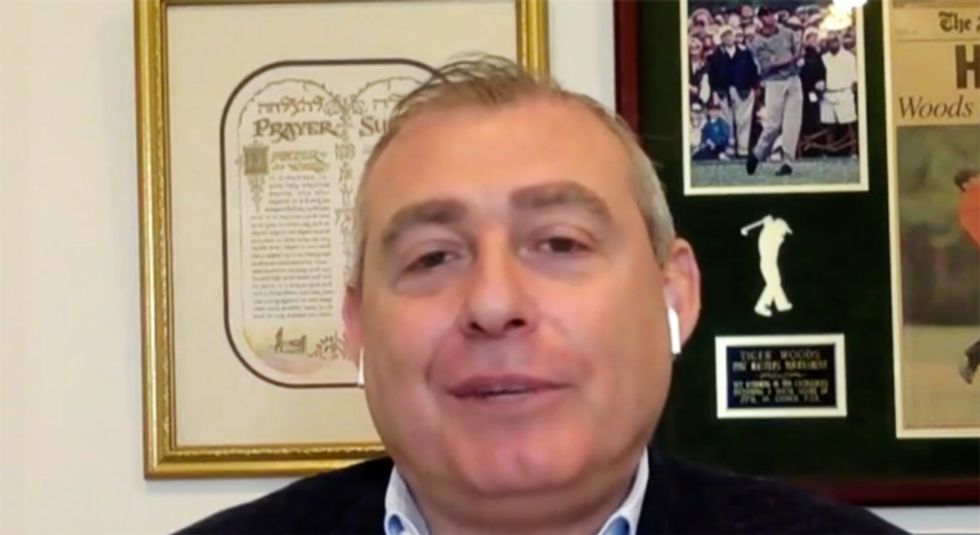 Saturday morning Giuliani traded barbs with Capehart and, as the interview was concluding, the MSNBC host informed him that Parnas would be on to rebut some of his claims.

Turning quickly to the former Giuliani associate who is facing criminal charges for his plans to direct funds from a foreign government to U.S. politicians while trying to influence U.S.-Ukraine relations, Capehart gave the businessman free rein to address Giuliani's claims.

"So in the interest of telling the truth, did Rudy Giuliani know for a fact that Andrii [Derkach] was a Russian agent and working on behalf of the Russian government in his dealings with him in getting information about Joe Biden?" Capehart asked.

"I mean, it's impossible for him not to," Parnas replied. "I mean, I -- before we came on I Googled just for curiosity, a simple child can Google, and the first thing that comes up is actually a Washington Post article, the murder story involving they call him the Ukrainian Putin and this is  news media and you're talking about from personal experience."

"You remember, I've spent the last time with Rudy and Rudy mentioned that he delivered that report in March," he continued. "Remember, I was part of helping him with that report at the time and helping the president get all that information and all that propaganda against Vice President Joe Biden, so I'm very well aware and he knows that I know that I'm not lying and he knows that I know the truth. And that's why I think he's a little bit nervous right now because of what he got himself into."

"Let's take a step back for a second," Parnas continued. "He lied to you that he said he hasn't spoken to President Trump about the meeting. As you recall there was plenty of reporting that Trump himself came out on to the lawn and said that Rudy called him from the plane before the plane landed to tell him he had great news."

"So if that information like Rudy's been talking about for the past two or three years saying that it's a bombshell, where is it? What's going on?" he continued. "It's a fairy tale, it's propaganda and like I said from day one, it was all meant for a new cycle to put doubt in Joe Biden because President Trump was always scared of Joe Biden."