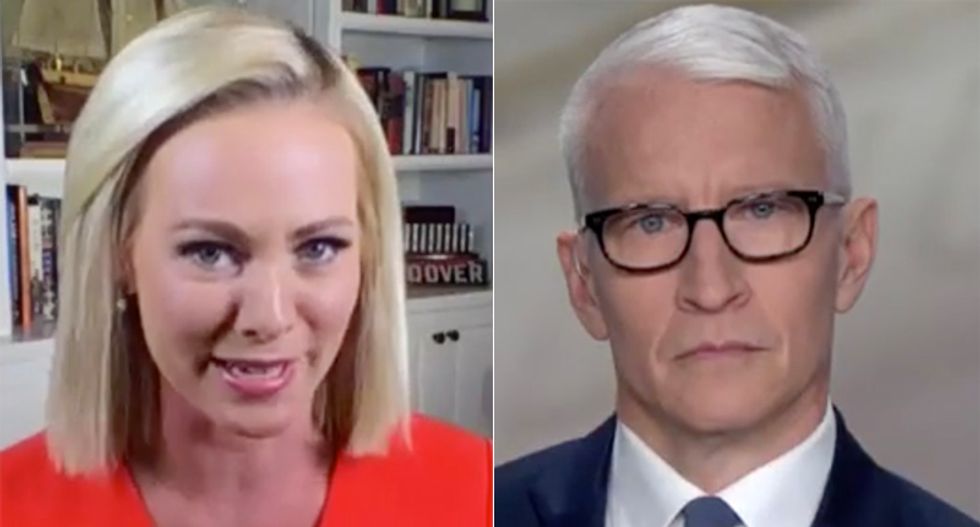 Conservative political analyst Margaret Hoover had an awkward moment on Saturday after she described the death of Supreme Court Justice Ruth Bader Ginsburg as a "gift" to Donald Trump and Senate Majority Leader Mitch McConnell (R-KY), quickly catching herself and asserting it was a "political gift" instead.

Speaking with host Anderson Cooper and former White House counsel John Dean, Hoover first stated that Republican voters won't care that GOP lawmakers once stated they would not agree to confirm a Supreme Court nominee in an election year, before admitting the Republicans would take full advantage of the opportunity with the passing of Ginsburg.

That was where she stumbled.

"Republicans are quite worried about losing the Senate," she continued. "Many of their voters aren't going to care that they said that four years ago under entirely different circumstances. Mitch McConnell and Donald Trump know that this is manna from heaven -- this is a gift."

"By the way," she quickly backtracked. "No passing of a Supreme Court justice or American hero like Ruth Bader Ginsburg is a gift to anybody. It is a mournful and sorrowful moment for the country where we should reflect. To the extent this now becomes about politics, this is a political gift for Donald Trump. and make no mistake about it, Republican voters are not going to hold any of their previous statements from Lindsey Graham or Ted Cruz or Marco Rubio or otherwise if it means they can secure the Senate moving forward."