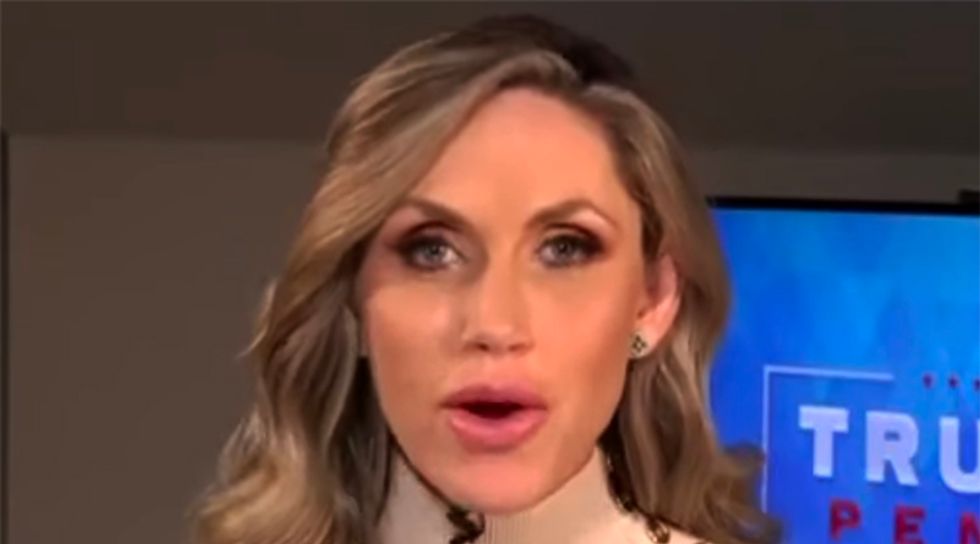 Far from making the case for the re-election of Donald Trump, daughter-in-law Lara Trump inspired an avalanche of criticism for her answers on CNN's "State of the Union" on Sunday morning that was summed up by the hashtag: #LaraLied.

Speaking with host Jake Tapper, the wife of Eric Trump began by stating that the president was just "having fun" when he inspired attacks on Michigan Governor Gretchen Whitmer before having the interview abruptly ended by the host when she attacked Democratic presidential challenger Joe Biden of suffering from "cognitive decline" when asked to defend her making fun of his stutter.

Those moments on CNN -- among others -- launched a flurry of criticism of the Trump campaign official as you can se below:

Imagine being so low on the evolutionary ladder as a female, that breeding with Eric Trump was your best option. Lara Trump is trash.
— Alex Cole (@Alex Cole)1603029952.0

@mkraju @jaketapper @CNNSotu I think we can all agree that Lara Trump is trailer trash like the rest of the immedia… https://t.co/zoF9LvWV8C
— NYCTweeter (@NYCTweeter)1603030622.0

Lara Yunaska Trump, who went to culinary school and was a low level producer at Inside Edition married to the Trump… https://t.co/kXIM8XCLqD
— Lesley Abravanel🆘 (@Lesley Abravanel🆘)1603028453.0

@axios Absolutely amazing how an entire family can be comprised of nothing but despicably wretched excuses for human beings.
— Surreally (@Surreally)1603029889.0

@therecount At least Lara could admit it and apologize. The entire Trump family is craven, cruel and cowardly. My… https://t.co/IcER8JLzjq
— Olie Olie (@Olie Olie)1603029121.0

It's striking that 20 days from election day, the Trump campaign finally realizes they have to talk to voters via… https://t.co/UTFafdETqc
— Joe Lockhart (@Joe Lockhart)1603027214.0

Basically, Lara is showing what a hard time Trump people have speaking to people outside their Trump bubbles. So mu… https://t.co/mpNyxBEZU5
— Amanda Carpenter (@Amanda Carpenter)1603026869.0