Steve Schmidt: 'Fear and panic' in Trump campaign with staffers 'terrified' about the election 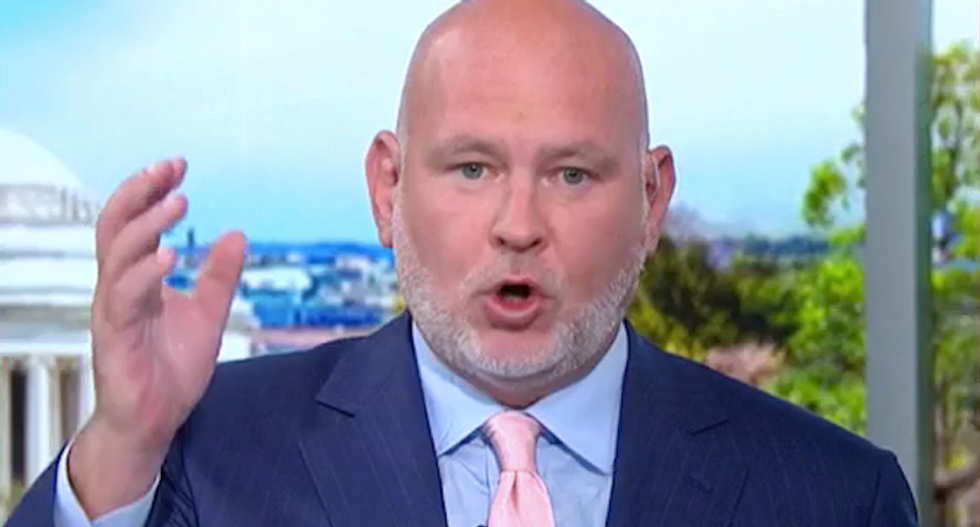 Summing up a day when Donald Trump was rushed to Walter Reed Medical Center, numerous close aides to the president -- including senior adviser Kellyanne Conway and Trump 2020 campaign manager Bill Stepien also tested positive for COVID-19 and went into quarantine -- Republican strategist Steve Schmidt said the wheels have come off the president's re-election campaign and the administration.

In a series of tweets that came out late Friday night after more names were added to the list of White House officials who have tested positive for the coronavirus, Schmidt -- a principal in the anti-Trump Lincoln Project -- tweeted out that his sources say the president's re-election staff is terrified about what will come next.

According to Schmidt, "We are hearing from many sources within the Trump campaign about the fear and panic in the ranks. Staffers are scared. Some are terrified. They know the walls are crumbling. Some like Miller and Meadows are irredeemable and will face history’s brutal judgement."

What followed was a series of tweets describing the complete collapse of the campaign that is quickly running out of money and a suggestion that staffers leave now and avoid going down with the ship.

Confidentiality. What is happening inside? Is there talk of inciting fascist militia’s like the proud boys? Is th… https://t.co/KS9XloiwuU
— Steve Schmidt (@Steve Schmidt) 1601693456.0

Your names. It is America or Trump in the final analysis. It is time to come home. The sickness is spreading among… https://t.co/VFicgcJt6z
— Steve Schmidt (@Steve Schmidt) 1601693457.0