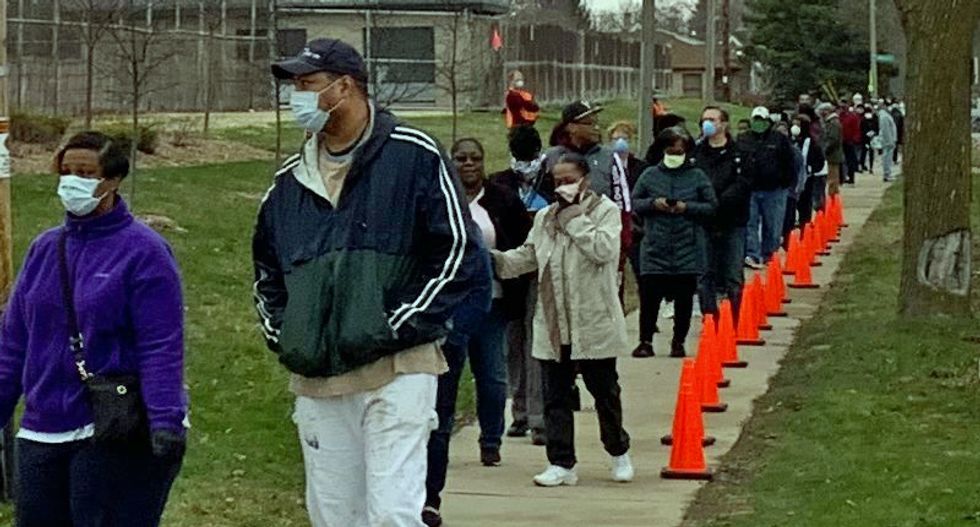 President Donald Trump's spreading of disinformation that he has won multiple states where no legitimate sources have made a call escalated on Wednesday.

Trump's post-election efforts to undermine the legitimacy of the election began early Wednesday morning when he made baseless allegations of election fraud, declared victory and promised the U.S. Supreme Court will agree with him during a campaign rally at the White House.

Trump lashed out on Twitter and reportedly fears the election "is being stolen from him."

The leader of the free world's efforts to undermine democracy in America are receiving more international criticism.

"A group of international election observers on Wednesday praised the U.S. vote as orderly but condemned President Trump’s “baseless allegations” of fraudulent ballot counts and his suggestion that the tally be stopped midstream, saying he had undermined public confidence in democratic institutions," The Washington Post reported Wednesday.

Michael Georg Link, a member of the German parliament who led the delegation from the Organization for Security and Cooperation in Europe, blasted Trump's political posture.

“Nobody — no politician, no elected official, nobody — should limit the people’s right to vote,” he said.

“Coming after such a highly dynamic campaign, making sure that every vote is counted is a fundamental obligation of all branches of government. Baseless allegations of systematic deficiencies, notably by the incumbent president, including on election night, harm public trust in democratic institutions," he explained.

The group's report criticized Trump's pre-election refusals to commit to a peaceful transition of power.

“Such statements by an incumbent president weaken public confidence in state institutions and were perceived by many as increasing the potential for politically motivated violence after the elections,” the report said.