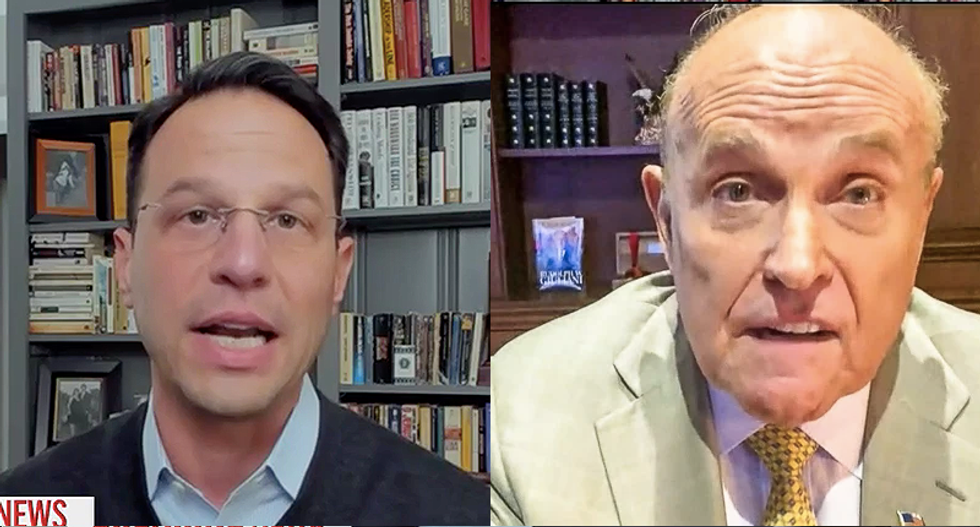 Speaking to MSNBC's Rachel Maddow on night No. 2 of the 2020 election returns, Pennsylvania Attorney General Josh Shapiro (D-PA) explained that every lawsuit that President Donald Trump's campaign has attempted thus far has failed. He expects any future ones to do so as well.

Maddow noted that there appear to be two different legal challenges for Pennsylvania from Trump's legal team. Shapiro characterized it as a kind of "mish-mosh."

"First off, they seem to indicate they wanted to be able to intervene in the United States Supreme Court to essentially oppose the counting of ballots that were postmarked by Election Day and received up until Friday at 5:00 p.m.," Shapiro said. "These are legal votes, according to our state laws interpreted by our state's highest court, the Supreme Court of Pennsylvania. Now, we don't even know if the U.S. Supreme Court is going to take that up. It's sort of issue number one or lawsuit number one."

"The other legal issue," Shapiro continued, "stems from a suit they already lost in Philadelphia, where they're raising some other issue now that they want to take up to Commonwealth Court. And, you know, the final one seems to be similar to suits that they are looking to file in other parts of the country. We're aware of that. It was filed tonight. It is really a new suit in the line of many that have been dismissed outright and found to have absolutely no merit."

He told Maddow that she should be reassured that the votes will be counted in accordance with the state laws.

"And I had to laugh, your colleague Nicolle Wallace sort of made a comment about the president's legal team," Shapiro noted, referring to the poorly written legal arguments. "And, you know, I smile because the reality is, they brought a lot of suits here in Pennsylvania to try and limit the vote and now seemingly to try and stop the counting. Every single time they've brought a lawsuit, we've won. And if they want to bring another one, we'll win again, to protect the good people of Pennsylvania. Maybe they need to stop listening to Rudy Giuliani so much. I think that maybe one of their problems."

Watch the report in the video below: