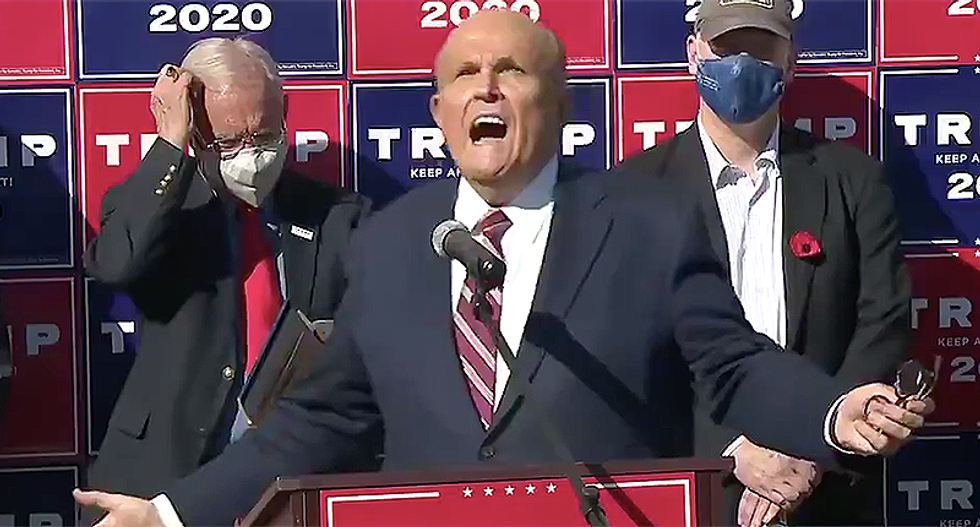 Legal experts are stunned at how badly President Donald Trump's legal team has handled his legal challenges to an election loss.

Rudy Giuliani, Sidney Powell and Jenna Ellis boasted at last week's baffling news conference that they were leading an "elite strike force" of lawyers to overturn the 2020 election results, but Powell has already been fired and they keep losing their cases, reported NBC News.

"It's beyond an embarrassment," said Glenn Kirschner, a former federal prosecutor and current MSNBC legal analyst. "It's both really poor lawyering and it has the worst possible motive behind it. It's all in the name of overturning the will of American voter."

"This is like Bush v. Gore, but replace James Baker with the editor of a QAnon subredditt," said election lawyer Matthew Sanderson. "It's not competent lawyering. There are strategic errors, typographical errors — every kind of error you can make in a case."

"It's as dysfunctional a litigation strategy as I've ever seen," he added.

"I don't think any team of lawyers can save this case," Sanderson said. "Election litigation is not designed to overturn tens of thousands of votes. That just doesn't happen. But even with that caveat, this strategy has not been well-executed."

"I think this is a strategy of trying to dog whistle to his base," said Myrna Pérez, director of the Brennan Center's Voting Rights and Elections Program. "It's to cheapen the process of how we resolve our political differences peacefully, and cast doubt on the outcome of the election in which he's not the winner. It's a pernicious, problematic attempt to bedraggle our democratic processes."