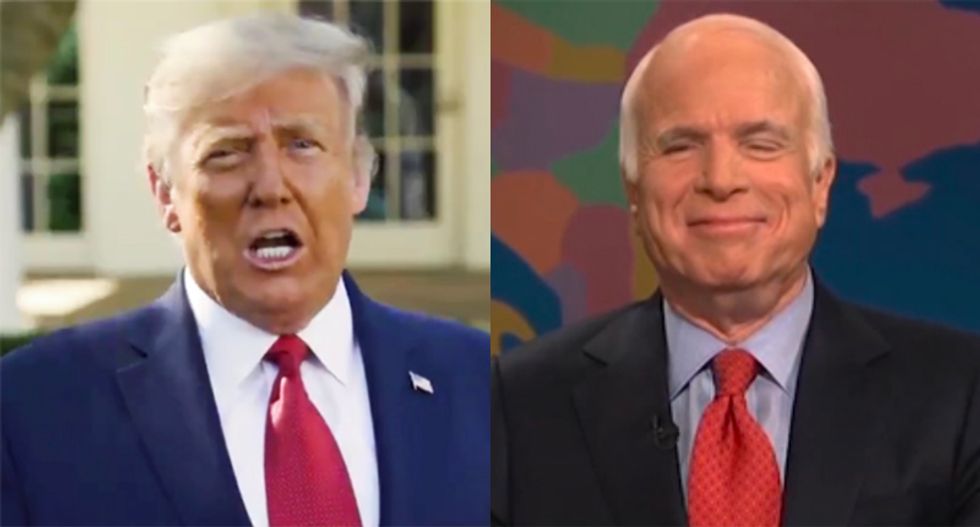 In a report for CNN, Arizona Republic columnist Jon Talton cautioned Republicans believing Donald Trump's loss of normally GOP-friendly Arizona to President-elect Joe Biden was not the result of the President disparaging the late Sen. John McCain (R-AZ) but also a sign that the state has changed.

With the major news networks calling Arizona for Biden late Thursday night -- all but assuring Trump will be a rare one-term president -- Talson said the results from Arizona showed the state has evolved from one that produced arch-conservative Barry Goldwater.

Case in point, he notes, is that many residents of the state are new arrivals who don't have the attachment to the longtime senator who passed away from cancer in 2018.

"About half of the state's total population was added between the time McCain was first elected to the Senate in 1986 until his death, based on US Census Bureau data from 1980 and 2019. In addition, while many people came to the state every year, a significant number left -- even if the total kept growing. Arizona added 2.2 million residents from 2010 to 2018, while seeing 1.7 million move to other states," he wrote, adding, "

In other words, it's entirely possible that this churn prevented the kind of civic attachment that would have left a large cohort of Arizonans holding a grudge against Trump over his treatment of McCain."

Adding to Trump's woes, he suggested was the president's botched response to COVID-19 that impacted the state's seniors -- many of whom likely voted for the president in 2016.

That is not to say that the late McCain didn't impact the president's fortunes, with his widow, Cindy McCain coming out strongly in favor of Biden, with the columnist reporting, "An Arizona native, heiress to a hugely successful Phoenix beer distributorship, and philanthropist, Cindy McCain carries powerful influence in the state."