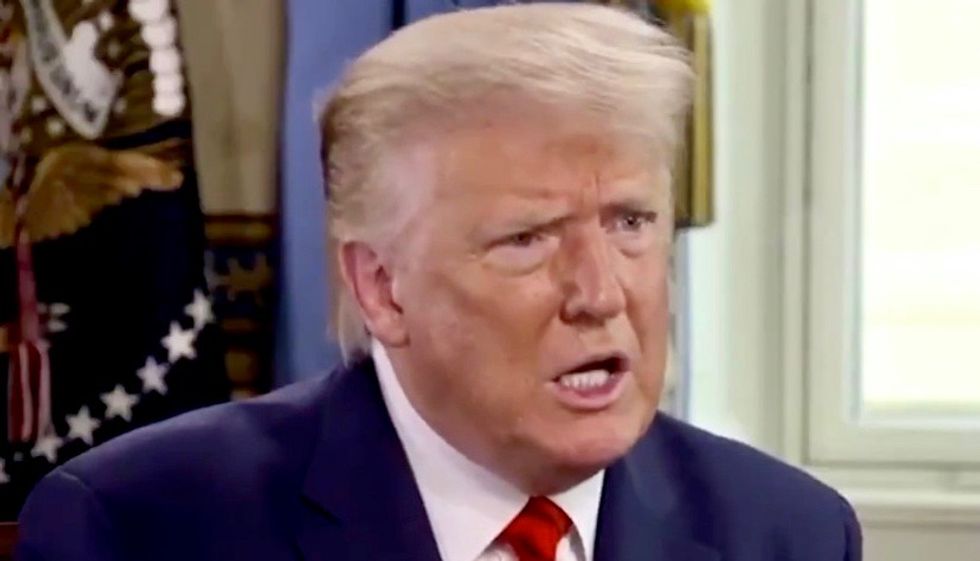 President Donald Trump's right-wing allies are amplifying his conspiracy theories about alleged voter fraud against him.

Trump tried to claim victory overnight and demanded an end to vote counting, and his allies have helped push conspiracy theories about mail-in ballots, which have largely gone against a president who discouraged his supporters from voting that way, reported The Daily Beast.

“So while everyone was asleep and after everyone went home, Democrats in Michigan magically found a trove of 138,339 votes, and all 138,339 of those ‘votes’ magically went to Biden? That doesn't look suspicious at all,” tweeted Sean Davis, who co-founded the right-wing Federalist website.

Twitter then slapped a warning on that tweet, telling social media users the claims were disputed or misleading -- which then set off howls of complaints.

However, other prominent Trump allies -- and the president himself -- passed along the same claims about mail-in vote counts, which were prohibited before polls closed in Michigan, Pennsylvania and Wisconsin.

“This looks like a setup to steal the presidency by the Democrats,” Gingrich said.

"The Fake News Media wants you to believe that Joe Biden (who didn’t campaign AT ALL) isn’t involved in VOTER FRAUD," tweeted newly elected GOP representative Marjorie Green, whose Twitter feed is mostly hidden as misinformation. "He literally said he built the 'BIGGEST' voter fraud organization in American history. We aren’t going to let Democrats STEAL this election."