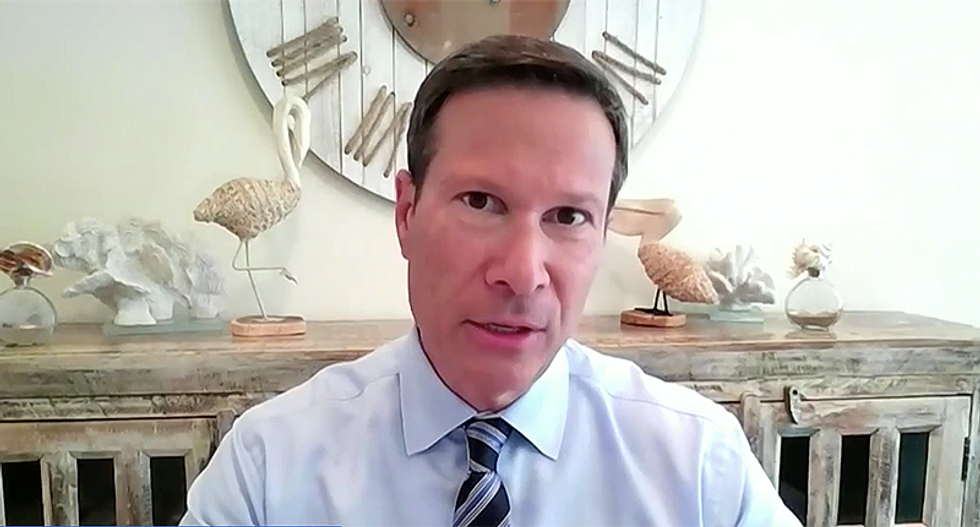 Former FBI assistant director for counterintelligence, Frank Figliuzzi, said in an interview on Sunday that he sees similarities to the violent rhetoric ISIS used with that the Republicans are using in wake of the 2020 election.

Speaking to MSNBC's Alex Witt, Figliuzzi said that the country should be looking at the "root causes" of such violent rhetoric in efforts to snub it out.

"How did we get here? Where is it going? We got here because the rhetoric we are hearing from influential people is the language of radicalization, Alex," he said. "The last week to 12 days, we heard the kind of rhetoric that should get us all very worried about the potential to incite violence. What did we see the last week or so? Well, let's start with Joe diGenova, the lawyer for the president, who said on the air that Chris Krebs, the fired head of the Cyber Infrastructure Security Agency, should be taken out at dawn and shot. Then he said that Chris Krebs should be drawn and quartered. This isn't funny. This is the language that gets people recruited and radicalized whether you intend it to happen or not."

The comments come after Georgia voting system manager Gabriel Sterling revealed the tipping point that led him to speak out this week was that he got a call from a project manager from Dominion Voting Systems in Colorado. The shaken employee said that one of their contractors was threatened because of the work he did for Dominion.

"When I was going through the Twitter feed on it, and I saw it basically had the young man's name, which was a very unique name, so they tracked down his family and started harassing them," Sterling told "Meet the Press" Sunday. "It said his name. 'You've committed treason. May God have mercy on your soul,' with a slowly swinging noose. And at that point, I just said, 'I'm done.'"

Figliuzzi explained that political polarization has turned the division into existentialist threats.

"What do terrorism experts tell us, Alex?" he continued. "When people think there is an existential threat to their being, what they believe, when they believe is that the other side is not just wrong, it is evil or from the devil -- as Doug Collins in Georgia implied with Rev. Raphael Warnock who's running for Senate. For the audacity of what? Being a pro-choice pastor? And Doug Collins said that is a lie from the pit of hell? When we hear rhetoric like this, it should wake all of us up."

In his MSNBC column on the topic, Figliuzzi explained that this is the type of rhetoric that groups like ISIS use to recruit people, but not to bring people to the Republican Party to lead them to violent action.

"What I am saying, the language, it isn't about recruiting someone to a political party," he explained. "This is about using the kind of rhetoric that people will increasingly view as a call to arms. A call to action. We have seen it before, with people like the Kenosha shooter, the Walmart shooter, identify with this leadership that calls them toward violence. People wearing suits, with law degrees, masters of divinity, in the case of Collins, We see their main-streaming of violent rhetoric. Whether they intend it or not, contribute to a volatile flashpoint, where the language is put into action."

Read Figliuzzi column here and see his interview below: