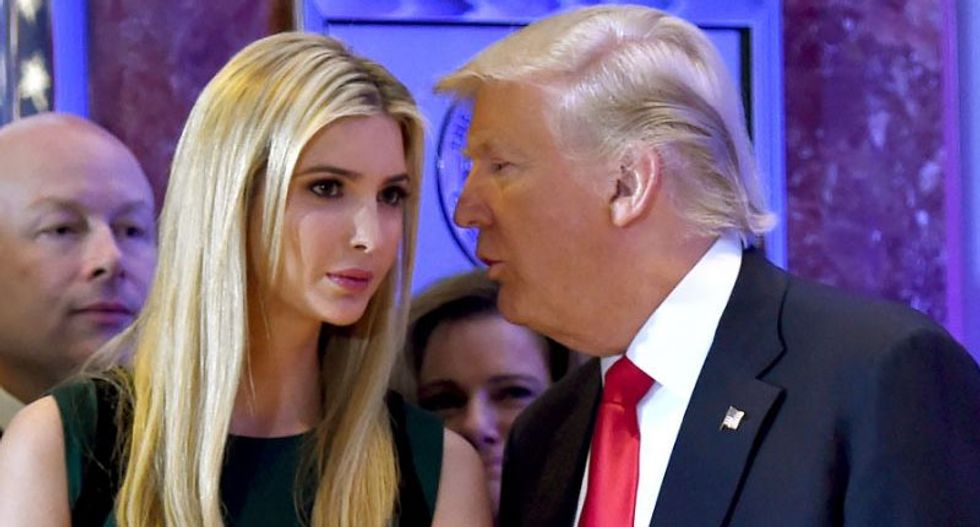 According to a report from CNN, there has been a noticeable change in the Twitter habits of Ivanka Trump since her father, Donald Trump, lost his re-election bid to former Vice President Joe Biden, with the first daughter now pushing back against critics when she usually fills her tweets with highly-flattering pictures of herself working for the White House.

Now that the Trump family is seeing their dream of a political dynasty slipping away with the loss, both Ivanka and her brother Don Jr. are asserting themselves in different ways to remain viable if they have any hope of running for office one day.

With CNN reporting, "The tone and tenor of Trump's words and actions in the final months of her White House job indicate a transformation from four years ago, when upon moving to Washington she was viewed as a moderate voice, more socially conscious than most conservative Republicans. Yet as time moved on, Trump's shift to the right solidified," a source close to the White House admitted the first daughter has "gone full MAGA."

"Ivanka definitely has political ambitions, no question about it. She wants to run for something, but that still needs to be figured out," a friend of the family added.

The question as she moves further to the right -- including coming out as anti-choice when it comes to abortion -- is where she might find a safe harbor to launch her career as a politician since New York appears to be uninterested in her return.

"Talk of an Ivanka Trump run for Florida governor in the near future has come up, as has a possible run for Congress in New Jersey, both states where Trump has vacation homes. The Trump-Kushner family currently rents a home in DC's tony Kalorama neighborhood two miles from the White House," the report states, adding, "The feistiness of her recent public comments, lashing out at Democrats and officials investigating both she and her father, is calculated. She is 'speaking out more,' with less concern about 'sitting back and letting people say what they want and distort facts,' said the source close to Ivanka Trump."

The CNN report adds, "The more she swings back, the more she positions herself for a future run as a Republican, said the source who works with the family, and she's doing so with the blessing of her father."