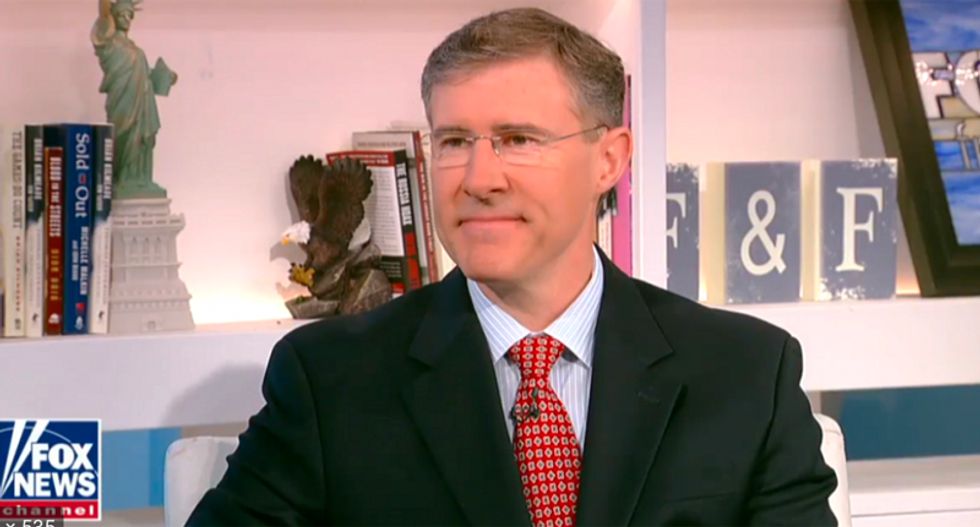 According to a report from CNN's "KFiles," one of Donald Trump's appointees to the Pentagon has been approvingly retweeting Twitter posts that call the election of former Vice President Joe Biden a "coup," while also helping to promote a petition calling for the president to declare martial law following his election loss.

Scott O'Grady, who was shot down over Bosnia in 1995 which was later the basis for the movie "Behind Enemy Lines," in 2001, recently received a presidential appointment to the Pentagon as the next Assistant Secretary of Defense for International Security Affairs, pending Senate confirmation.

That led the KFiles team to do a deep dive into the former pilot's Twitter feed which produced some alarming opinions about the 2020 election.

According to the report the "former fighter pilot and Trump loyalist, repeatedly retweeted tweets that falsely stated Trump won the election in "landslide fashion" and that millions of votes were stolen from the President. On November 25, O'Grady retweeted a tweet that said, 'Trump won & Biden & his Comrades will now attempt a coup,' next to a photoshopped image of Biden beside Xi Jinping, the President of China."

Even more alarming was his promotion of the idea that the U.S. military intervene in the peaceful transfer of power at the request of the ousted president to allow him to call a new election.

"On December 2, he retweeted an account that shared an article that said former national security adviser Michael Flynn had shared a petition that called for martial law. He then retweeted the same account which suggested that Trump should declare martial law," CNN reports, noting that source Twitter post that read, "I don't know who needs to hear this but calling for martial law is not a bad idea when there is an attempted coup against the president and this country happening right now."

The report goes on to note that O'Grady has called former Defense Secretary James Mattis a "traitor," and saying whistleblower Lt. Col. Alexander Vindman should be charged "for insurrection because he is a biased liberal political operative."