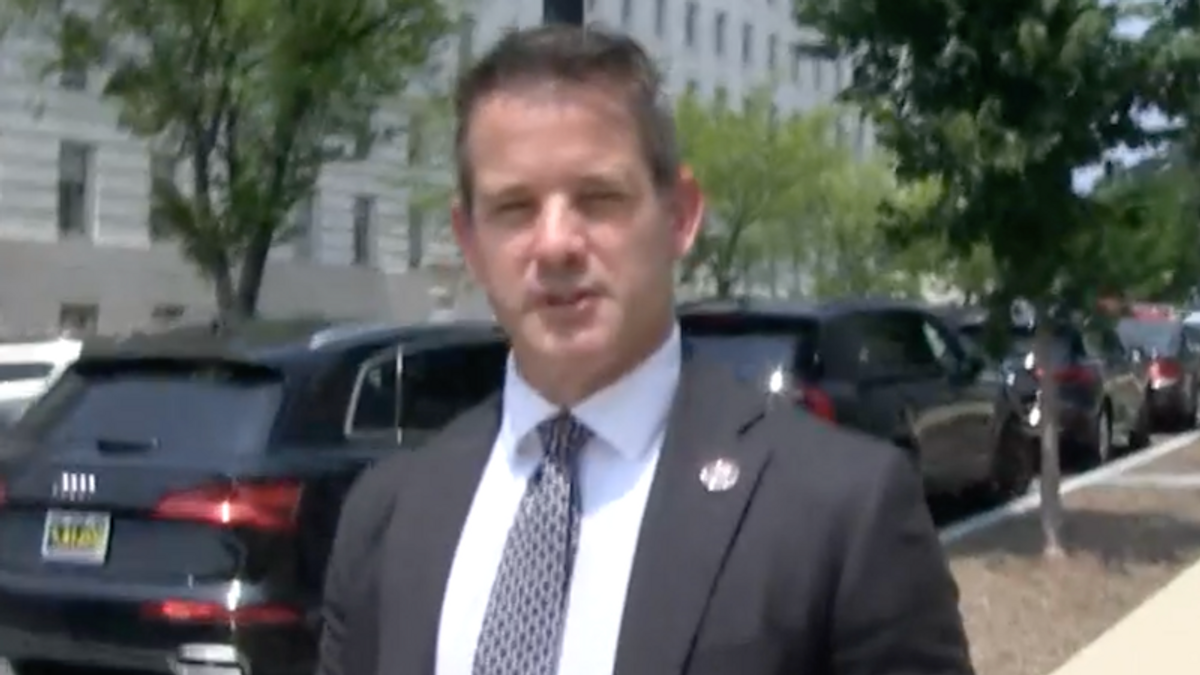 In the voicemail, played on CNN on Tuesday night, the unidentified Trump supporter spews disgusting profanities and lies for a full minute.

"I wish they would have killed all of you scumbags," the caller says.

Some of the lies sound plucked straight out of Fox News and other right-wing media outlets. At one point the anonymous caller says, "You want an Emmy, an Oscar, what are you trying to go for?" Shortly after the voicemail was left, Fox News' Laura Ingraham ran a segment giving the four officers who testified "awards" for acting performances.

"This is what happens when you tell the truth in Trump's America," Fanone, a 20-year veteran police officer, told CNN. "I'm in good company."

During his testimony, Fanone recounted how he suffered a heart attack, was beaten with a flag pole, was tasered, and lost consciousness as the pro-Trump insurrectionists threatened to "kill him with his own gun."

On Wednesday, Kinzinger also responded to Minority Leader Kevin McCarthy labeling him and Republican Rep. Liz Cheney as "Pelosi Republicans" for serving on the select committee.

"All I've said is we need to get to the truth, we need answers, and that's what we're going to get, and sometimes standing up, doing the right thing, it can have its cost," Kinzinger said. "But all I'm going to do is defend the Constitution, so people can label me whatever they want."

He added that he wishes more members of his party were willing to stand up.

"I certainly wish there were more. I think that's probably the understatement of the year," he said. "But I know what I made a commitment to. I'm a Republican, but my oath isn't even to my party, it's to the Constitution, so I'm comfortable with that, and I hope more people can become comfortable with that, but that's everybody's choice."

Kinzinger followed up on Wednesday night by calling out members of his party who are more concerned with attacking Republican lawmakers on the committee than the actual people who stormed the Capitol.

Watch the TMZ interview and listen to the voicemail below.