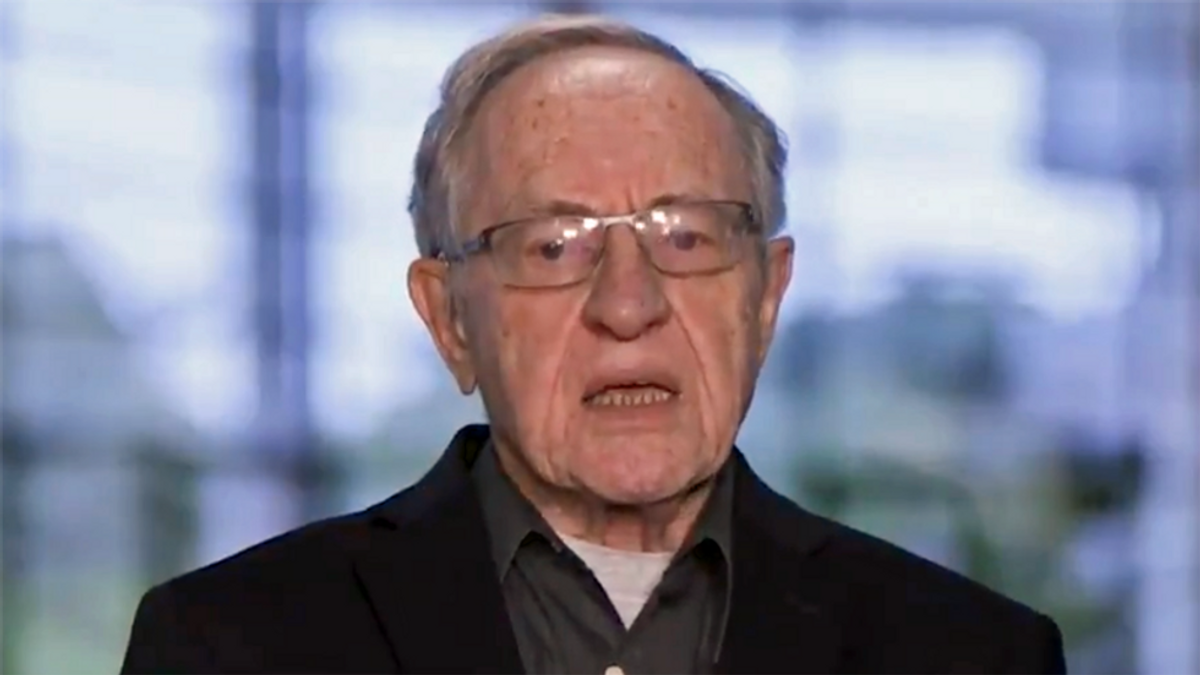 According to a report from Newsweek, attorney Alan Dershowitz complained he is still on the outs with neighbors in Martha's Vineyard and his recent altercation with comedian Larry David is an example of the harassment he claims is tied to his relationship with former president Donald Trump.

Appearing on Newsmax on Thursday night, the high-profile attorney was asked about the highly-publicized shouting match with the "Curb Your Enthusiasm" star outside of a local grocery store.

According to the New York Post, David confronted the attorney, who had asked if they were still friends, and received a tongue-lashing in return.

"No," the comedian reportedly shot back. "No. We really can't. I saw you. I saw you with your arm around [Former Trump Secretary of State Mike] Pompeo! It's disgusting!"

During his Newsmax appearance, Dershowitz went on at length about his continued lack of popularity -- after having served as a legal adviser to Trump -- and even though he claims he voted for President Joe Biden in 2020.

"There I was having a cup of coffee with a friend on the porch of the Chilmark store, which is a kind of local gathering place a general store, and Larry starts screaming at me saying, you know—ah he just couldn't control himself," the attorney recalled. "I thought he was going to have a stroke."

Noting Pompeo is a former student of his, Dershowitz continued, "He's my former student of course I'm going to pat him on the back and congratulate him for the work he has done. But that wasn't enough for Larry David—I'm disgusting," before pointedly adding he helped David's daughter get into college.

Dershowitz continued, "I defended President Trump in front of the Senate and I patted Mike Pompeo on the back that's enough to end a twenty-five-year friendship," before being asked if he feels like he feels being treated like a "traitor."

"I'm a Democrat. I defended Ted Kennedy, I defend Senator Alan Cranston, I tried to help defend President Clinton—almost all of my clients who have been politicians have been Democrats but because I also defended the constitution on behalf of Donald Trump that was enough," he recalled, with Newsweek reporting, "Dershowitz went on to say he doesn't mind being socially ostracized but that he has been 'canceled' by a number of local Chilmark institutions on Martha's Vineyard including the library, community center, the book fair and Hebrew center."

With that, he claimed he's lost "lots and lots of friends" over his Trump ties, before adding, "When you start blaming the lawyer because you don't agree with the client, that's McCarthyism."