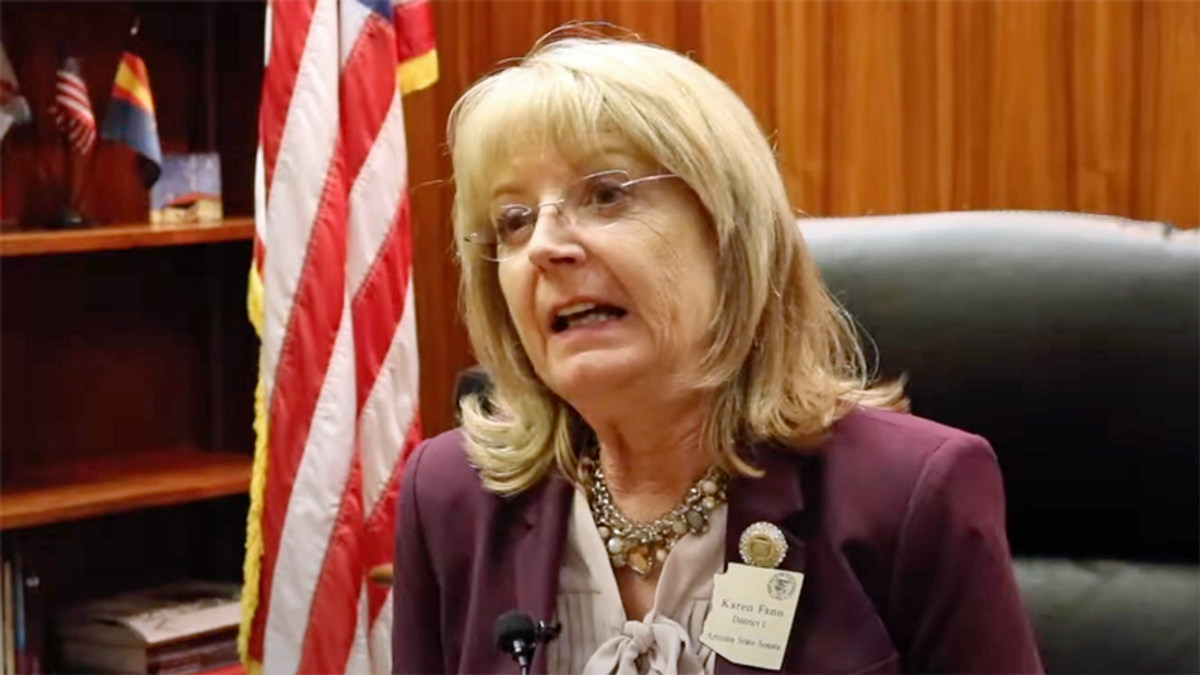 "Last week, following a request for public records under state law, the state senate released seven pages of agreements for services ... to New Times, including one between the senate and Arizona Rangers that had been signed by Fann and Droll," said the report. "It states that the senate will pay $20,000 for the Rangers' services, with the word 'compensation' crossed out and above that, the word 'contribution' written in hand."

Also involved in the agreement is Guardian Defense Fund, a GOP money group created "to help U.S. Rep. Paul Gosar, R-Ariz., state Rep. Mark Finchem, R-Oro Valley, and former state Rep. Anthony Kern, R-Glendale, address assertions about their activities." All of these lawmakers were either at the Capitol riot or at the rally that preceded it.

The Arizona "audit," which is nearly finished, has turned into an embarrassment for the state GOP, with even prominent Trump supporters condemning it as a "clown show." The investigators from the pro-Trump Florida security firm "Cyber Ninjas" has pursued a number of conspiracy theories, including searching for bamboo fibers in ballots to prove they were Asian forgeries.