'It's a failure': Arizona audit appears to be backfiring on Republicans – and could come back to haunt them at the ballot box 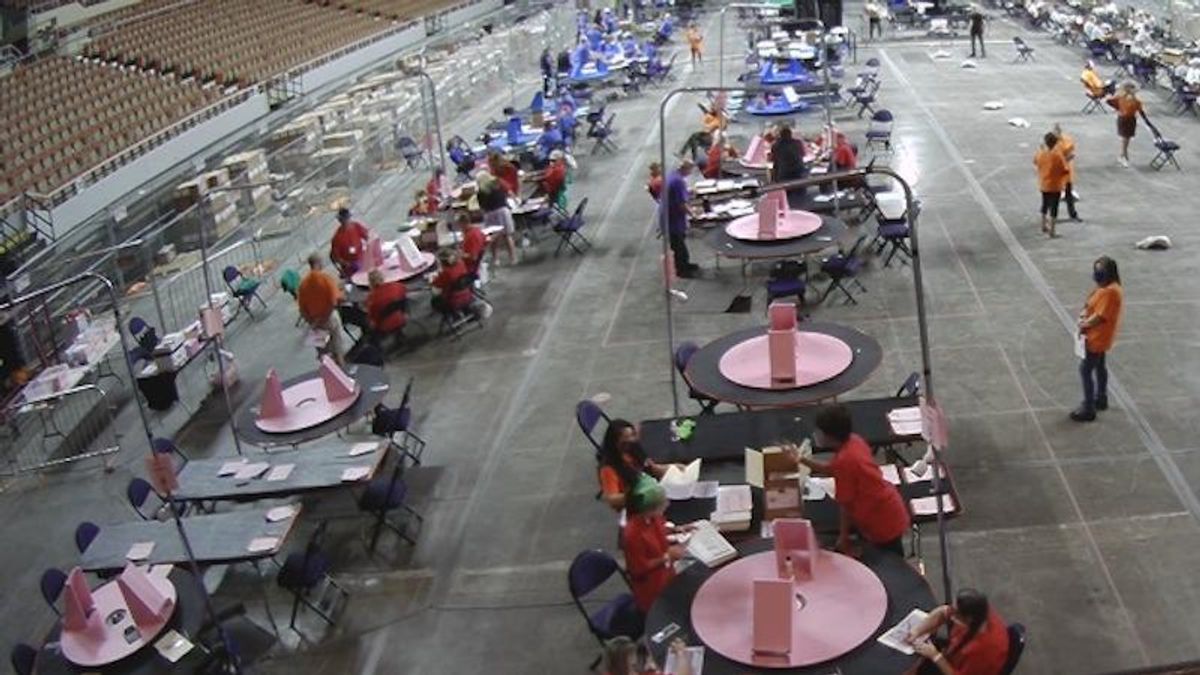 A new poll shows that a partisan audit of votes cast in the 2020 presidential election could ultimately backfire on Republicans who appear on future ballots in Arizona, especially if they express support for the bogus effort.

Sean Noble, a top GOP operative in the state, told Politico of the controversial recount in Maricopa County, "it's a failure, it's a joke," adding that Republicans in other states should "avoid it. The election is long over, time to look forward."

Fernand Amandi, whose firm conducted the poll, said: "As bloody red meat for the MAGA Republican base, the audit is manna from heaven, but the problem is that Arizona is not a red state any more. It's a swing state. The audit may be serving two interests: firing up the MAGA base but giving Democrats the opportunity to make the case to Arizona voters to stick with them."

On Monday, the Maricopa County Board of Supervisors, which opposes the audit, revealed that it will have to replace voting machines used in the recount, at taxpayers' expense, because their legitimacy has been compromised. Meanwhile, the CEO of the Florida company that is conducting the audit, Cyber Ninjas, appears in a new conspiracy-theory film that claims the CIA helped steal the election from former President Donald Trump.

Conservative commentator Amanda Carpenter opined this week that the Arizona audit will ultimately benefit Trump, regardless of the outcome, by adding fuel to the fire of his "big lie" and leading to similar efforts in other states. But this new poll seems to reinforce the notion that a victory for Trump is not necessarily a win for other Republican candidates.