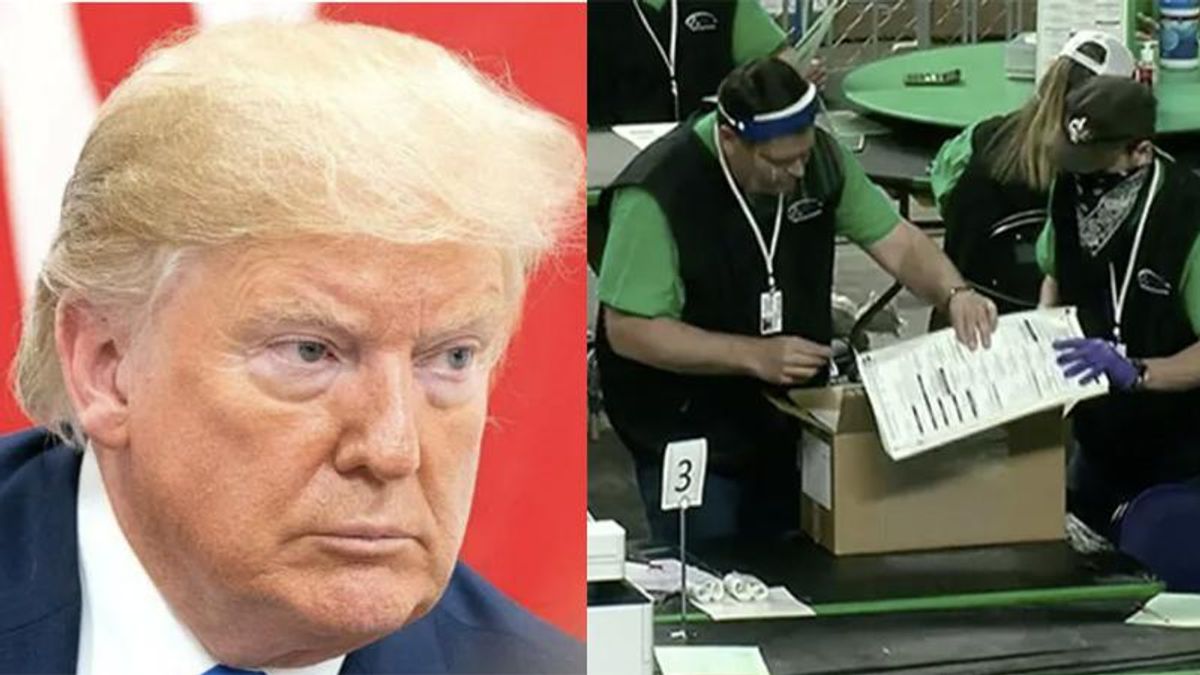 With some Republican supporters of the audit already throwing in the towel -- such as Sen. Michelle Ugenti-Rita (R) admitting, "Sadly, it's now become clear that the audit has been botched. The total lack of competence by (Fann) over the last 5 months has deprived the voters of Arizona a comprehensive accounting of the 2020 election" Roberts lamented that Fann will likely soldier on because her political future depends on it.

Under the biting headline that reads "It's time for Sen. Fann and her ninja auditors to release the Kraken and show us the fraud," Roberts wrote, "Her conspiracy-minded auditors have amassed quite a track record for making bogus accusations, arising from not knowing what the heck they are doing," before adding, "Still, don't look for Fann to back down. From the start, she has run with the conspiracy crowd within her 16-member Republican caucus – not, I suspect, because she buys their wild theories but because she needs their support to continue as Senate president."

"Fann and Judiciary Chairman Warren Petersen slog on. We are now into Month Five of what was supposed to be a 60-day audit, looking for something, anything to prove fraud," Roberts reported before mocking the proceedings bt writing, "The ballots have been 5G photographed and UV lit. They've been weighed and measured and microscopically tested for bamboo. The county's tabulation machinery has been in a back room at the Veterans Memorial Coliseum, where the ninjas have done God-knows-what to the equipment."

Calling the audit a "continued coast-to-coast exercise in embarrassment," the columnist said it is time to pull the plug, writing, "Fann and her auditors have had four months to find all of the promised evidence that the election was stolen. It's time now to put up or … you know."