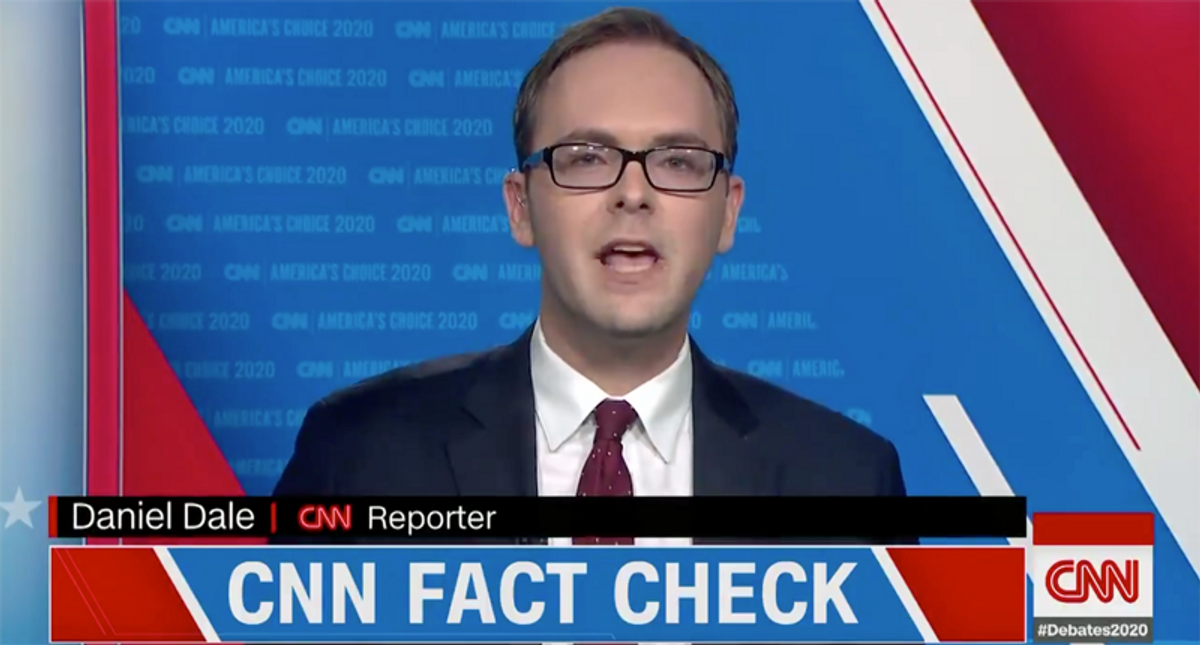 Appearing on CNN, Dale showed how false claims about Biden's purported war on burgers began with an article in the UK tabloid The Daily Mail and spread quickly throughout right-wing media and then elected GOP officials.

The problem is that The Daily Mail's article was not a report on Biden's actual climate plans but was instead about a study showing that a 90% reduction in eating beef would significantly reduce carbon emissions.

"This is completely imaginary, it's totally fabricated," Dale said. "This is totally wrong. You have Republican governors taking a firm stand against a Biden plan that does not exist at all."

Dale then went on to describe the study, which was conducted last year by the University of Michigan.

Dale said that despite the fact that the Biden-bans-burgers story is based on nothing, "it's striking to see how complete nonsense has gone from a British paper to Fox to the entire right-wing ecosystem."