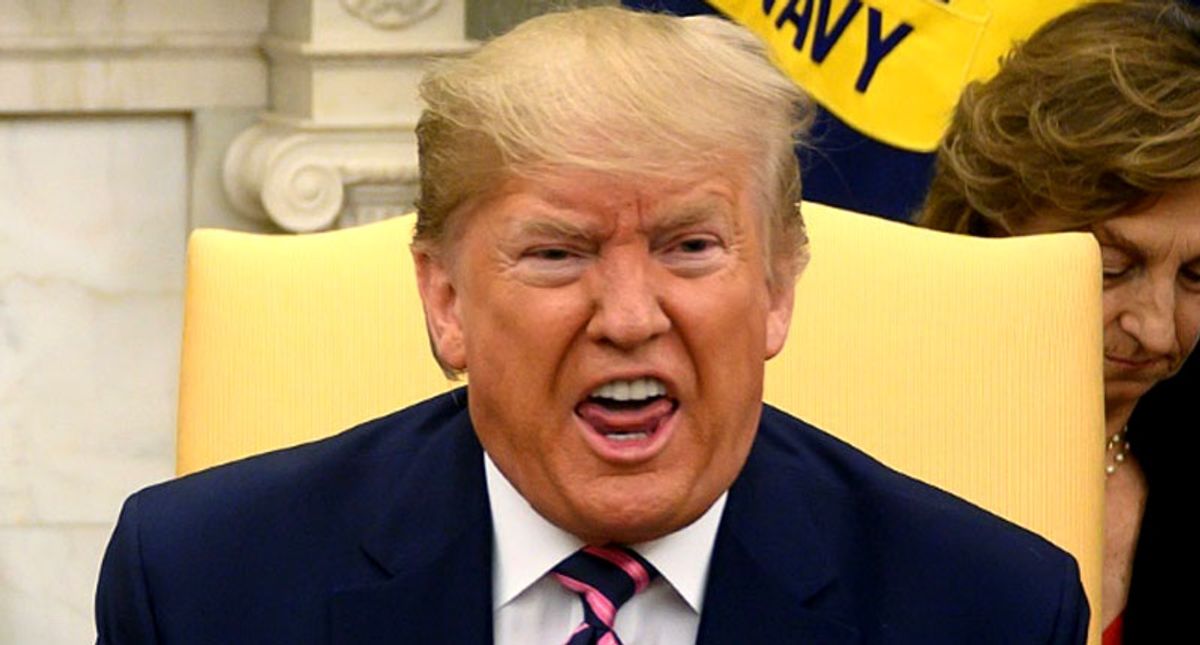 When reports surfaced last year that former President Donald Trump's then-campaign manager Brad Parscale was leveraging his income from the re-election effort to maintain a lavish lifestyle -- complete with a waterfront beach house in South Florida, a luxury boat, and a Ferrari -- the Lincoln Project cut a brutal attack ad mocking Trump for getting fleeced by his own inner circle.

Now, according to a passage from Michael Bender's upcoming book "Frankly, We Did Win This Election" obtained by Business Insider, it appears that the ad struck a nerve with the former president.

"Bender wrote that Trump, wildly waving around a printout of one of the articles on how much money Parscale's company had taken in, went on the war path in Trump Tower," reported Grace Panetta. "When he finally located his campaign manager, Trump 'unleashed a stream of insults, accusations, and expletives that seemed to defy basic laws of human biology that state every man must at some point pause to take a breath,' Bender wrote. He also declared: 'that's my money!' and 'what the f---?'"

The tirade forced deputy campaign manager David Bossie and Kellyanne Conway to intervene and defend Parscale's work by pointing out how he was building up a massive campaign war chest.

Trump then lamented: 'I just hate these f---ing stories.'"

Shortly after the Parscale story broke, he was demoted back to his original position as the campaign's digital strategist.