Matt Gaetz is a poster boy for 'the buffoon wing of the Republican Party': CNN analyst 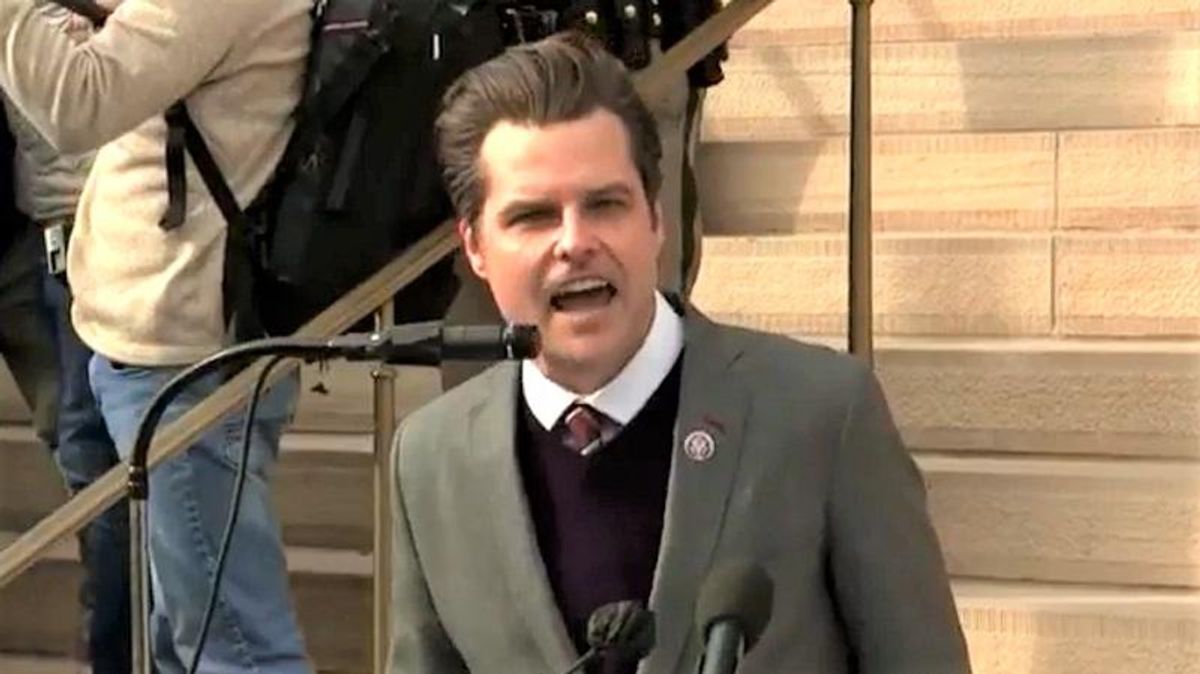 While discussing a federal probe of Gaetz that involves potential sex trafficking of a 17-year-old girl, Henderson explained that many Republican lawmakers aren't rushing to Gaetz's defense because they think he's a showboat whose only goal is to score Fox News appearances while ignoring the needs of his constituents.

"He is, in very many ways, from the buffoon wing of the Republican Party," she said. "He's a conspiracy theorist, he likes the cameras more than he likes actually doing his day job, in forming alliances with his fellow colleagues."

Because of this, Henderson explained, Gaetz has only been able to get the dregs of the House GOP -- namely, Reps. Jim Jordan (R-OH) and Marjorie Taylor Greene (R-GA) -- to publicly defend him.

CNN host John Avlon then argued that it would be surprising to see Gaetz actually go down for this scandal, as "the buffoon wing of the Republican Party... has been fairly bulletproof in recent years when it comes to the base."