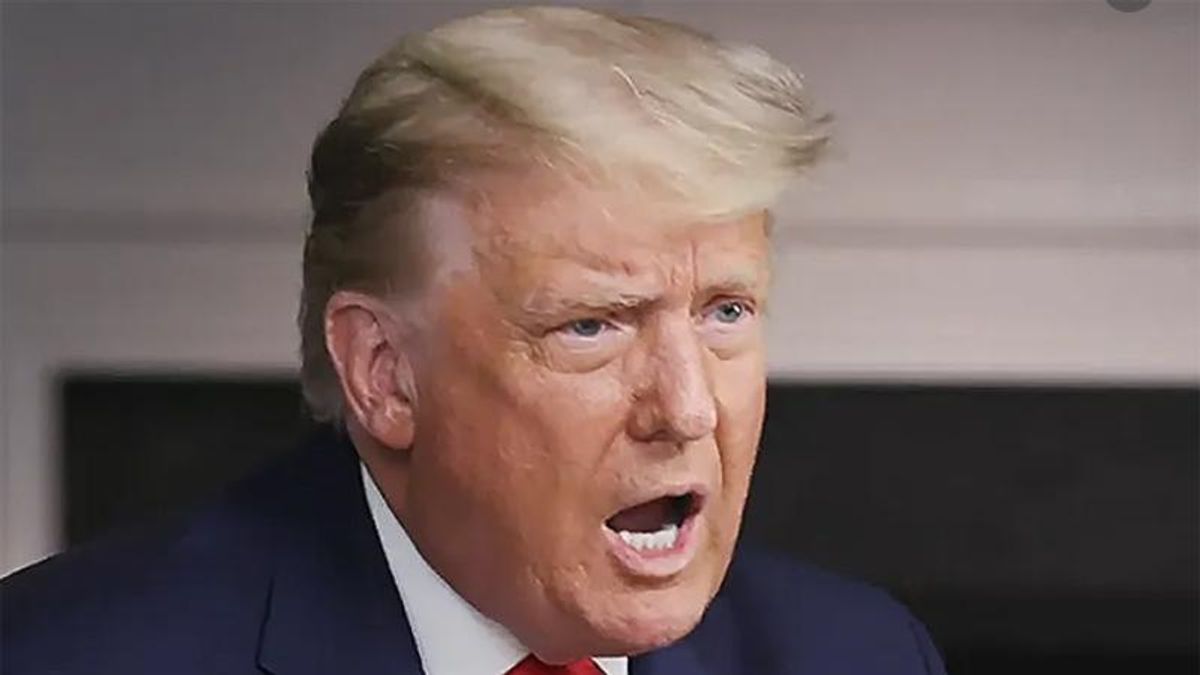 Finally emerging from the White House to fly down to Texas, Donald Trump briefly spoke with reporters and claimed no responsibility for the Capitol riot that put members of Congress in danger, calling his comments at a rally before the event "totally appropriate."

According to CNN's Kaitlan Collins, "Trump says what he said last week has been analyzed by 'many people' and was 'totally appropriate' and the real problem was what other high-level politicians said about violence in Portland, etc. 'That was the real problem,' he tells reporters before turning and boarding AF1."

Needless to say, critics of Trump were unsurprised that the president was once again trying to "pass the buck."

@kaitlancollins @maggieNYT Reporter: "What is your role in what happened at the Capitol? What is your personal resp… https://t.co/uzahuRBTZr
— The Recount (@The Recount)1610466836.0

@EGallion27 @kaitlancollins Absolutely still spewing he is right and he did nothing wrong
— Tania (@Tania)1610465954.0

@kaitlancollins He has no remorse. No condolences to the dead. He still stands by his actions. How did this guy get… https://t.co/t0ZfRaNbme
— a certain dude 🅨 (@a certain dude 🅨)1610466010.0

@ArchibaldZambo1 @kaitlancollins He proves it every time he's on camera or has a microphone
— Eric C Brock (@Eric C Brock)1610466019.0

@kaitlancollins He just can't admit reality. He's insane. He must be removed by 25th or impeached.
— ArchibaldZamboni (@ArchibaldZamboni)1610465827.0

@kaitlancollins He's so lucky those terrorists didn't get a hold of a single politician sheltering in place at the… https://t.co/319DFfdX3N
— Gabriel Olvera (@Gabriel Olvera)1610465883.0