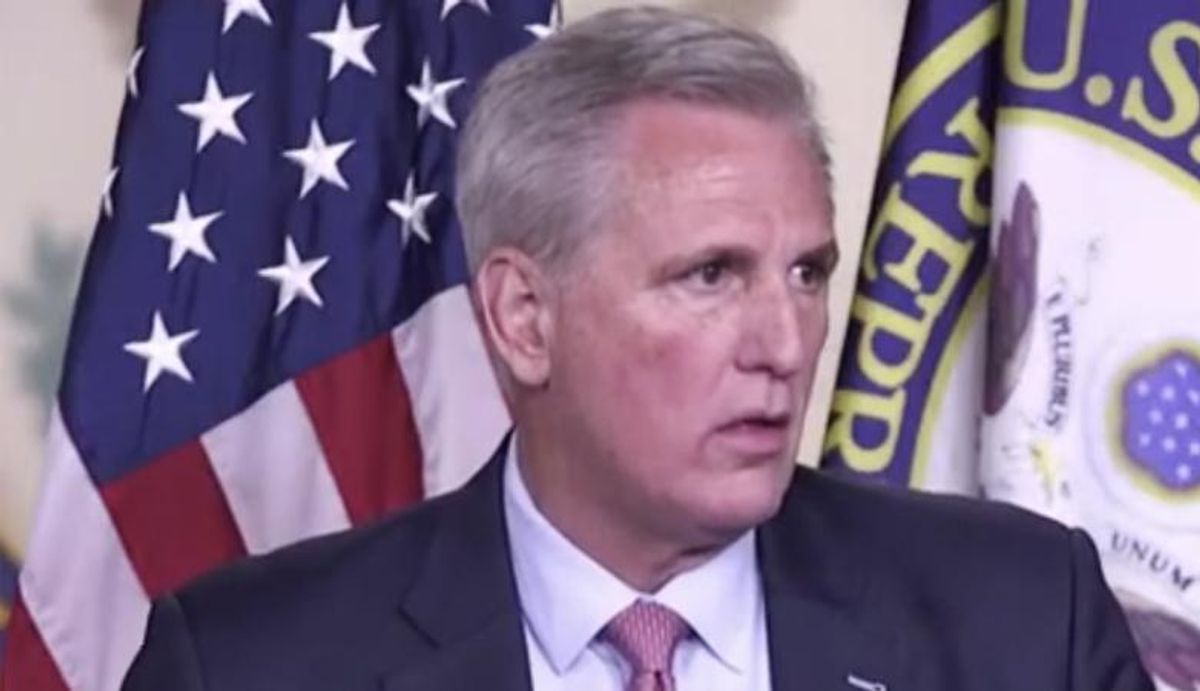 As Punchbowl notes, "McCarthy is playing a terrible hand here."

"He's trapped politically between the Democrats and former President Donald Trump. Democrats want someone to pay for Jan. 6, and not just the Trump supporters who viciously attacked the U.S. Capitol Police and illegally entered the building," the report states before adding, "McCarthy needs Trump heading into 2022 elections -- or at least he needs Trump not going after vulnerable House Republicans -- so McCarthy has to stay loyal to the former president. It's a lose-lose for McCarthy. "

What makes matters worse for McCarthy and Republicans who have tried to downplay the riot that shocked the nation is that witnesses, including Capitol cops, won't be doing anything but reopening the old wounds from that day which will make Trump -- and his Republican supporters -- look terrible.

"The first hearing features four officers from the U.S. Capitol Police and Metropolitan Police Department describing what they saw happen to their colleagues that day at the hands of Trump supporters," Punchbowl is reporting. "It's made-to-order for TV, and there won't be anyone on the dais defending Trump, McCarthy or the GOP leadership."

"It's about as bad for McCarthy and the Republicans as it can get," the report adds with the caveat, "Now, it may not mean anything in 2022. Republicans may very well retake the House; in fact, they're favored to do so. But it's still a bad look for them."