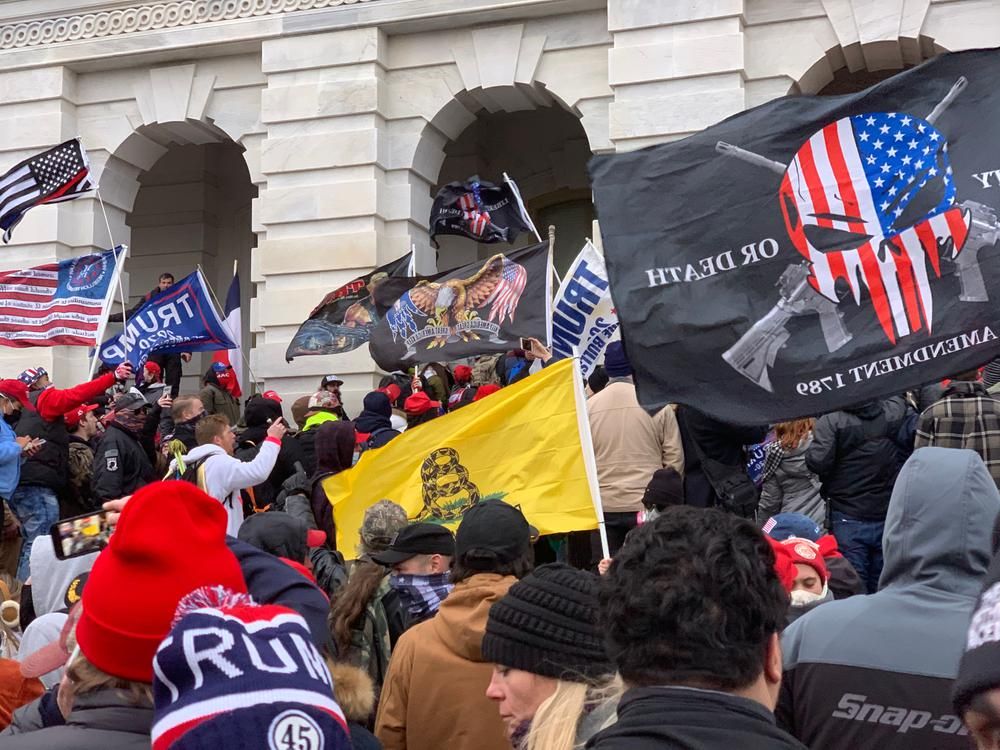 He debunked this myth by showing a photo of Clyde himself rushing to set up a barricade on January 6th to keep the rioters from reaching Congress.

Keilar then debunked the myth that none of the rioters were armed, as federal prosecutors this week charged a MAGA rioter with bringing a semi-automatic weapon onto Capitol grounds.

Keilar also burned down the false claim that the riots were orchestrated by the FBI, which she noted was being spread of "Fox News B.S. ringmaster" Tucker Carlson.

"This conspiracy theory is based on references to unindicted co-conspirators in several indictments against Capitol rioters," she said. "Legal analysts, including our own Elie Honig... have called this legally impossible."

Other myths debunked by CNN were claims that the riot was a "peaceful protest," that rioters were secret antifa agents, that the rioters weren't really Trump supporters, and that former President Donald Trump will somehow soon be "reinstated" as president.