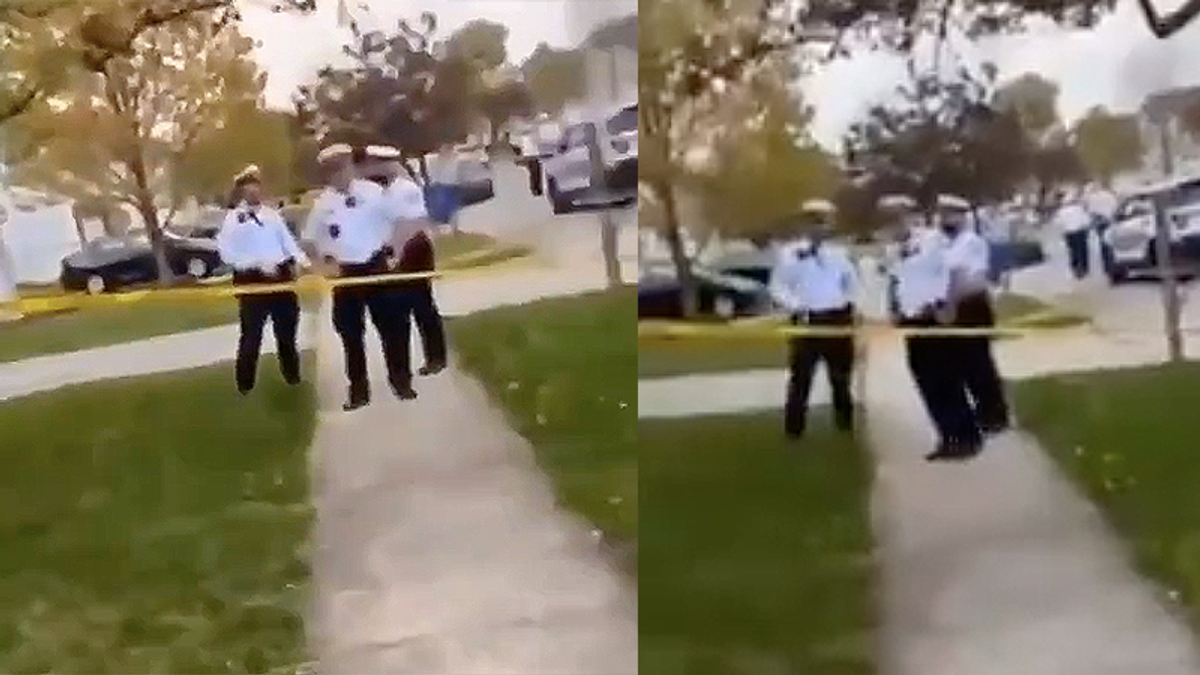 Crowds are growing in Columbus, Ohio Tuesday night after police shot and killed a teenager.

Ma'Khia Bryant is the name of the girl who was reportedly in an altercation with another kid in her foster care home when she quickly rushed to call the police for help saying a woman had a knife, according to her aunt. She hung up and rushed back outside.

Outside of the scene, a small group of people stood. Police tape was stretched around a home with the officers standing behind it. That was when the officers behind the tape told the group, largely people of color, "blue lives matter."

Columbus officials released body-camera footage Tuesday night that shows a police officer firing four shots at Bryant after she rushes towards another woman with a knife.