Expletive-spewing Trump said he felt deceived by Kevin McCarthy who ‘pretended to be my friend’: Woodward book

One of the excerpts obtained by CNN revealed that Trump knew McCarthy was using him to become the House Speaker.

"This guy called me every single day, pretended to be my best friend, and then, he f*cked me," Trump said, according to the excerpts. "He's not a good guy."

During the Jan. 6 attack on the U.S. Capitol, McCarthy and Trump had an expletive-laden call where McCarthy demanded that something be done to stop the siege.

"Well, Kevin, I guess these people are more upset about the election than you are," Trump said, according to lawmakers who were briefed on the call. That's when McCarthy began shouting at Trump.

"Who the f*ck do you think you are talking to?" McCarthy said according to one lawmaker. He later tried to downplay the stories about the call.

The week after the attack, McCarthy took to the floor to attack Trump for his role in the crisis.

"What we saw last week was not the American way, neither is the continued rhetoric that Joe Biden is not the legitimate president. Let's be clear: Joe Biden will be sworn in as president of the US in one week because he won the election," he said

Trump was furious as members of the GOP refused to defend him and the insurrection. Despite the attack and Trump's role in it, McCarthy came crawling back, desperate for Trump's help.

"Kevin came down to kiss my ass and wants my help to win the House back," said Trump.

McCarthy took a photo of himself with Trump flashing a broad grin at the crow-eating Republican leader. 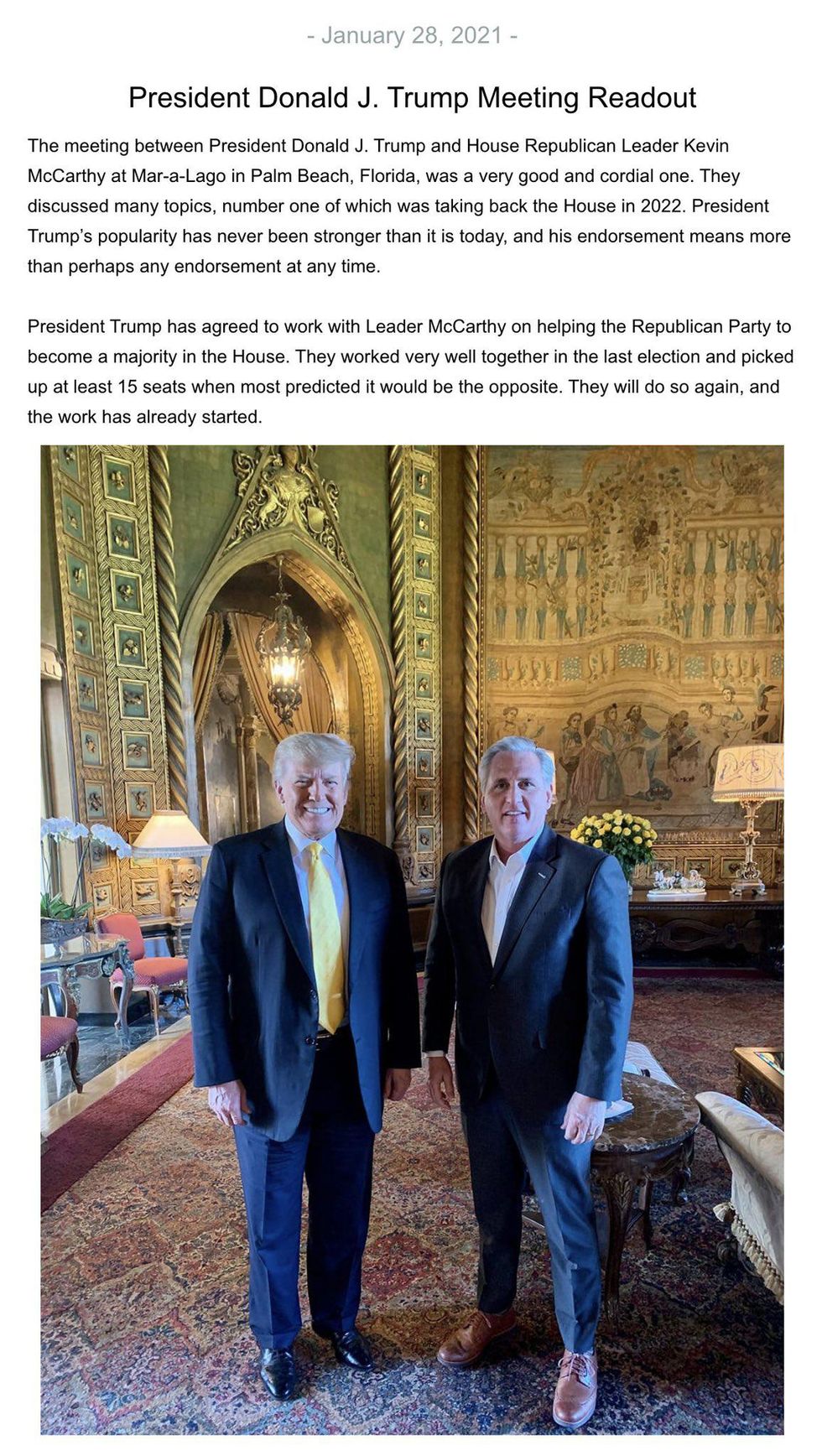