Alan Dershowitz wanted nothing to do with Trump's latest lawsuit: report 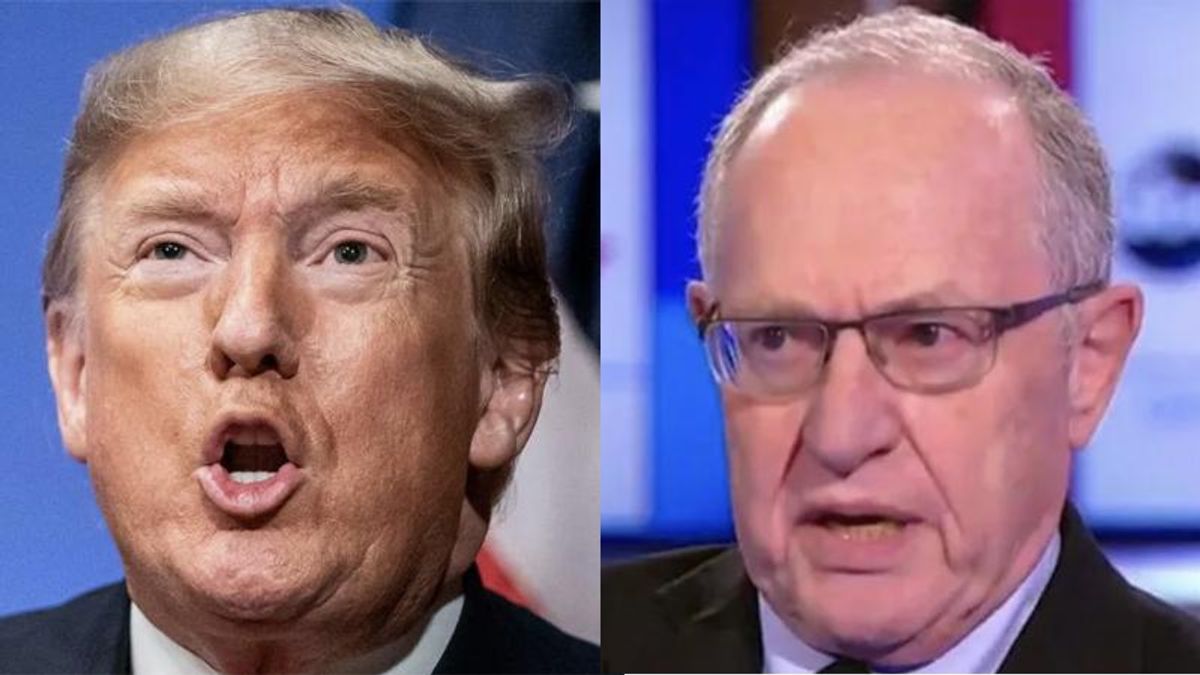 According to a report from the Daily Beast's Adam Rawnsley and Asawin Suebsaeng, members of Donald Trump's inner circle reached out to noted attorney Alan Dershowitz to contribute to the former president's class-action lawsuit against the big tech companies for booting him off their platforms and Dershowitz took a pass.

With great fanfare the former president announced the lawsuit during a press conference at his Bedminster golf resort, calling it an attempt to put an "end to the shadow-banning, a stop to the silencing, and a stop to the blacklisting, banishing, and canceling that you know so well."

Despite Trump basing his suit on 1st Amendment grounds -- a specialty of Dershowitz who is advising MyPillow CEO Mike Lindell in his legal squabble with Dominion Voting Systems -- the attorney reportedly stayed away from Trump's latest lawsuit.

"Two people familiar with the matter tell The Daily Beast that lawyers for the Trump class-action lawsuit against big tech companies reached out to Dershowitz in an attempt to enlist his support in the case. Specifically, the sources say, Trump's legal team has asked the celebrity attorney if he would write a filing for the lawsuit, potentially an affidavit, in support of the First Amendment and free speech arguments leveled against the companies," the report states. "But lately, Dershowitz has been acting less than enthusiastically about the prospect, the sources said. His reluctance marks another bump in the road for a legal crusade that legal scholars call a fundraising 'stunt' doomed to eventual dismissal in federal court."

Rawnsley and Suebsaeng add, "on this one, Dershowitz isn't even jumping at the chance to submit an affidavit, at least for now," before adding "Dershowitz told The Daily Beast that he 'can't discuss any conversations that may or may not have happened' on the matter."

Trump has come under fire for using his lawsuits and attempts to overthrow the 2020 presidential election results to fundraise, with questions being raised about where the money is going.