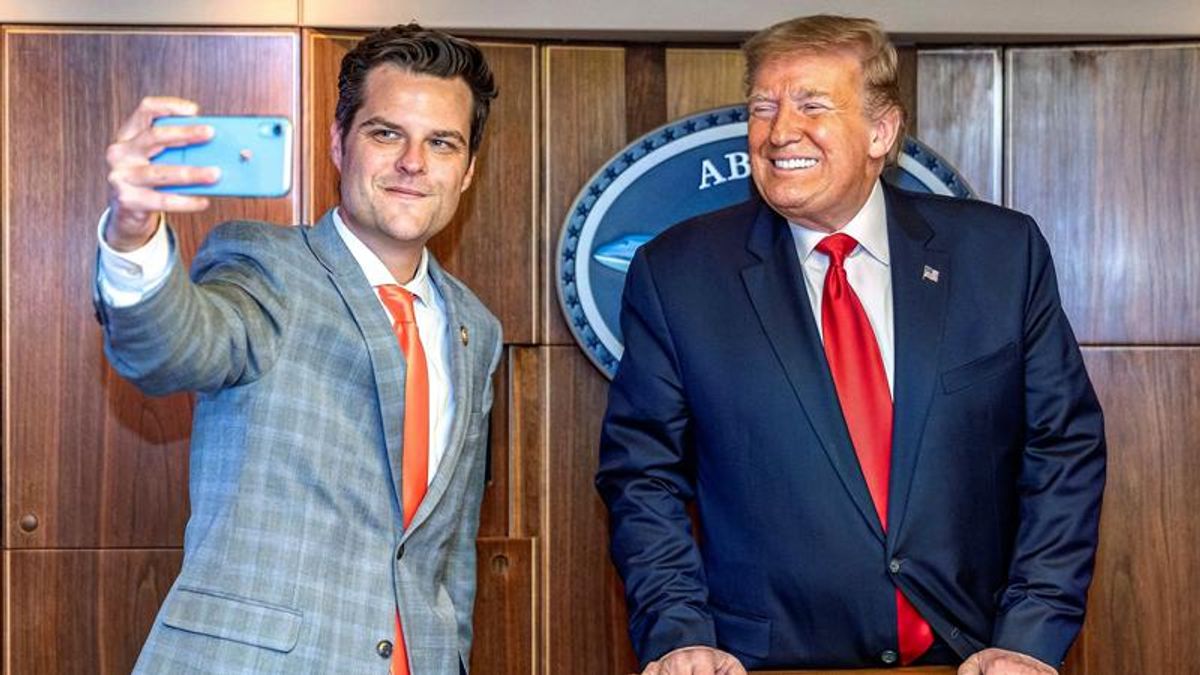 Rep. Matt Gaetz (R-FL), who met with the former president last week and will speak at CPAC, said the next GOP nominee would be Trump -- or a candidate who pledged full loyalty to him.

"The winner of our primary [in 2024] will be someone from the Full Trump lane who embraces Trump and is embraced by him," Gaetz said.

That would include, as of now, CPAC speakers Texas Sen. Ted Cruz, Missouri Sen. Josh Hawley and Florida Sen. Rick Scott, as well as Florida Gov. Ron DeSantis as loyal aspirants who abide by a saying in Trump's circle: "If you're with him 99 percent of the time, you're a damn traitor."

"Trump remains the 800-pound gorilla in the room, he just happens to be sitting in the corner right now," said former Michigan state chair Saul Anuzis. "[His Twitter ban is] more like an electronic dog fence. … You can definitely still hear the bark."

Republicans who have tried to stay on Trump's good side while occasionally criticizing him -- Sen. Tom Cotton (R-AR), Sen. Marco Rubio (R-FL) and former UN ambassador Nikki Haley -- have longer odds in a Trump-dominated GOP, while there's probably no path at all for "Trump zero" candidates such as Sen. Ben Sasse (R-NE) or Maryland Gov. Larry Hogan.

"It's probably not even a lane," said Republican strategist David Kochel. "It's more like a gravelly shoulder on the side of the mountain that's about to crumble into the ocean."