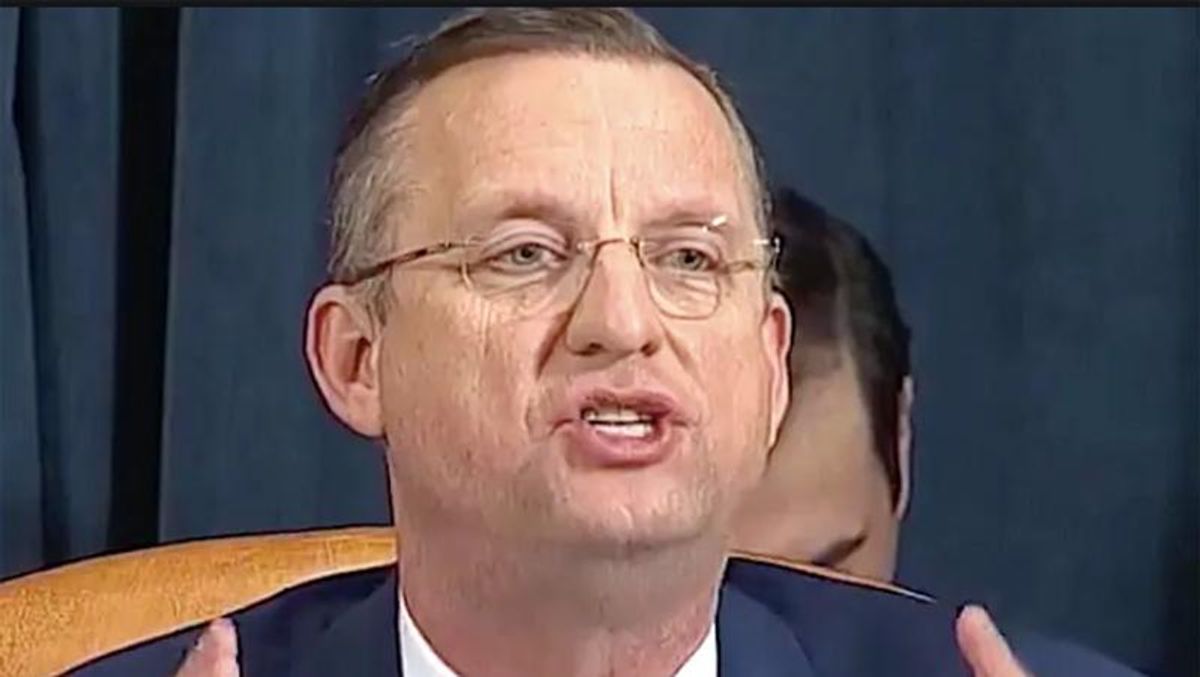 According to a report from Politico, Georgia Republicans are reeling after the second possible strong contender who was expected to run for the seat held by Sen. Raphael Warnock (D) dropped out on Monday.

Rep. Doug Collins (R-GA) -- notable for his impassioned defenses of former President Donald Trump -- removed his name from consideration to be Republican Party nominee when Warnock must run again.

According to Politico, "Collins had been weighing both offices and was considered a potential top-tier candidate for Georgia Republicans aiming to reverse their losses in 2020, when President Joe Biden carried the state and Democrats won both Senate seats. He is the second prominent Georgia Republican to take his name out of the running for the Senate race, following former Sen. David Perdue."

The report notes that the GOP now has a hole to fill with the top potential candidate being former football star Herschel Walker who is not a resident of the state but played at the University of Georgia where he won the Heisman Trophy in 1982. Walker has been encouraged to run by Trump who was partly blamed for Warnock's win over Sen. Kelly Loeffler (R) -- who had been appointed to the seat -- in the January run-off.

After Walker, the pickings are slim with no high profile Republicans appearing to want to take on the freshman senator.

"Two candidates, Republicans Latham Saddler and Kelvin King, are already running. GOP Rep. Buddy Carter has floated himself as a candidate, though he has said he will not run if Walker does," the report states.