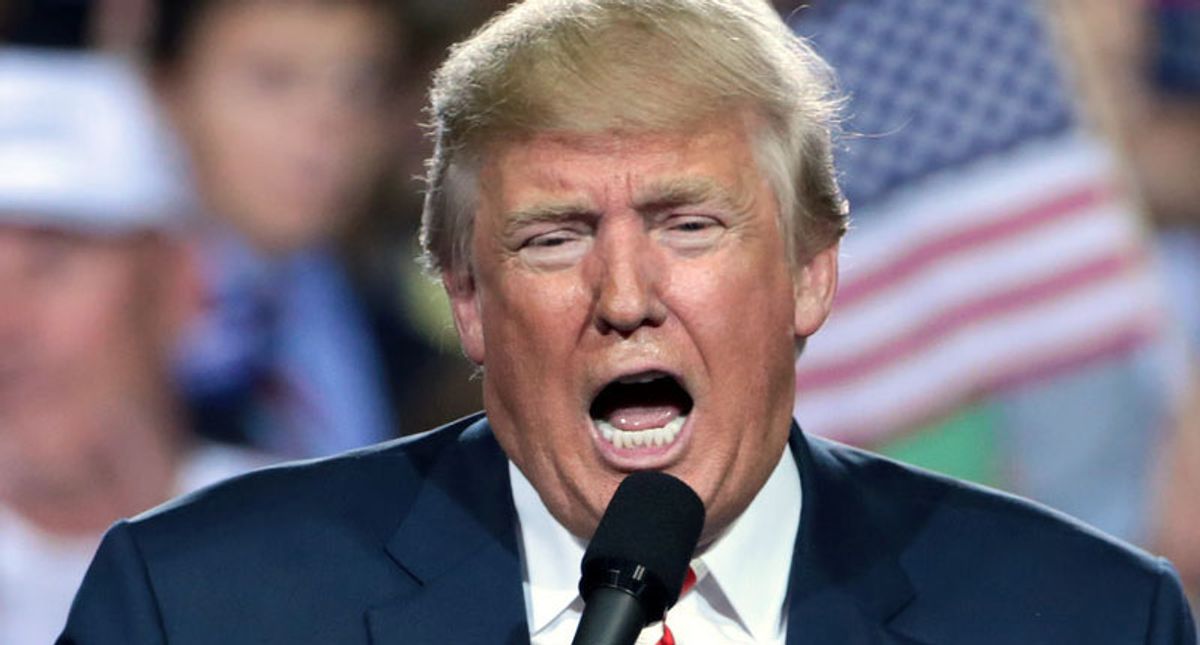 President Donald Trump on Tuesday unleashed yet another Twitter tantrum in which he falsely claimed that he won the 2020 presidential election.

The president, who is reportedly alarming several of his own administration officials with his schemes to overturn the election results, once again falsely claimed that the gradual erosion of his early election-night leads in key swing states proves that he was the victim of systemic voter fraud.

"THE DEMOCRATS DUMPED HUNDREDS OF THOUSANDS OF BALLOTS IN THE SWING STATES LATE IN THE EVENING," the president wrote. "IT WAS A RIGGED ELECTION!!!"

In reality, election officials in Pennsylvania, Wisconsin, and Michigan released counts of in-person votes first before releasing counts of mail-in ballots that came from urban areas where Biden won by large margins.

Trump's latest tantrum was met with instant ridicule -- check out some reactions below.


@realDonaldTrump The lonely little man sits in his room, at times yelling out delusional conspiracy theories to the… https://t.co/njFgDZi3yf
— DarkCloud (@DarkCloud)1608655341.0