Far-right militias are turning to a troubling new recruitment strategy as they struggle after the Capitol riot: report 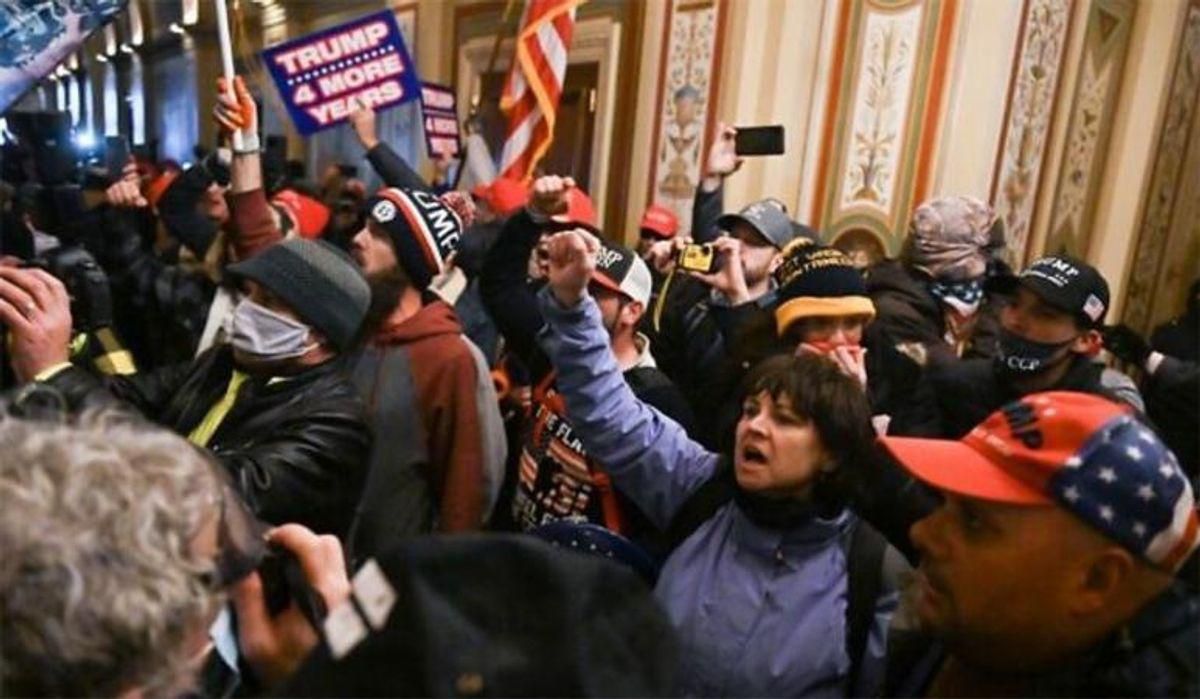 On Wednesday, Business Insider reported that far-right militias like the Oath Keepers and Three Percenters have faced legal and recruiting setbacks after the January 6 attack on the U.S. Capitol — but that they are trying to regroup with a new strategy: pushing anti-vaxxer propaganda.

"Members of the groups use apps such as Telegram to evade scrutiny and plot their next moves, experts told Insider," reported Tom Porter. "On mainstream platforms such as Facebook they are seeking to pull in new recruits under the anti-vaccine cause. The development marked a new intertwining of two dangerous conspiracy-theory movements, according to Jason Blazakis, Director of Center on Terrorism, Extremism, and Counterterrorism at California's Middlebury Institute of International Studies."

According to the report, a Three Percenters affiliated Facebook page known as Mike's Corner, which has half a million followers, has been selling anti-vaccine merchandise, including a shirt saying "PLANDEMIC: MY BODY, MY CHOICE". Facebook, which likely made revenue off the page, took it down for violating community standards after Insider reached out to them.

This report comes as the anti-vaccine movement has shown a more militant side. In February, far-right militia groups tied to Ammon Bundy stormed a hospital in Washington state after a woman who refused a COVID-19 test was put on 24 hour quarantine. It also comes as far-right lawmakers like Rep. Marjorie Taylor Greene (R-GA) publicly compare vaccination efforts to Nazi Germany.