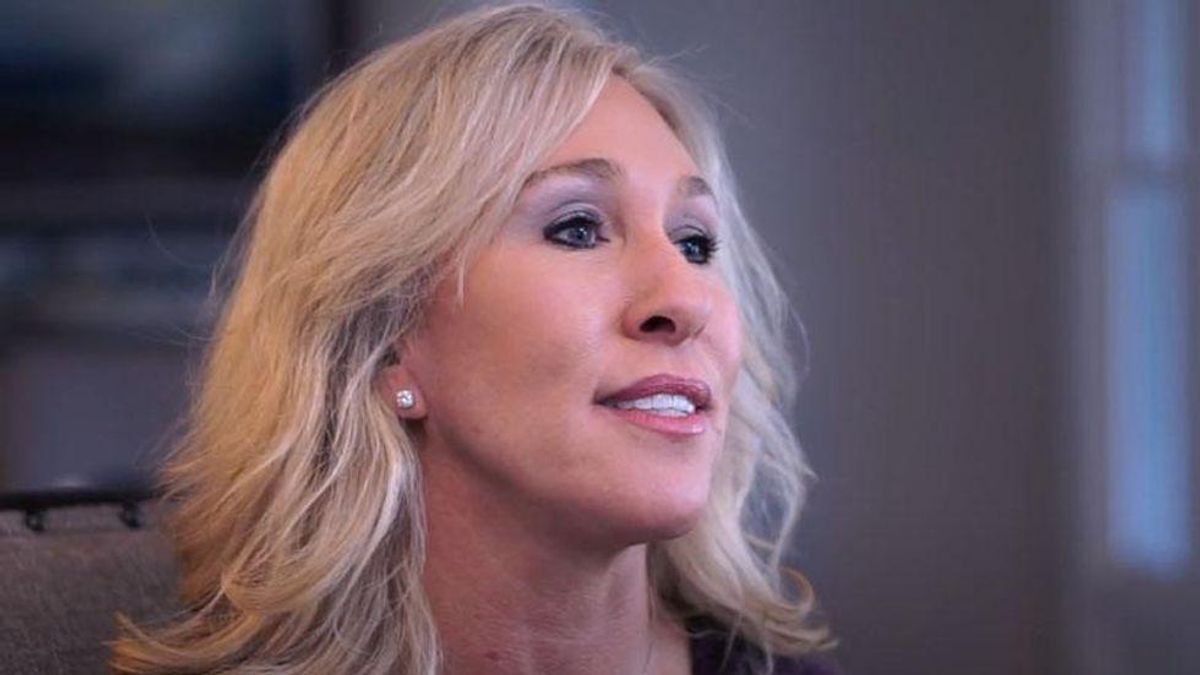 After causing a national uproar for repeatedly comparing businesses and government agencies who screen people's vaccination status to Nazis forcing Jews to wear the yellow Star of David, infamous pro-QAnon Rep. Marjorie Taylor Greene (R-GA) privately took a tour of the U.S. Holocaust Museum and delivered an apology, saying there is "nothing comparable" to the evils of the Holocaust and vowing not to make such comparisons again.

Her pledge lasted less than a month.

According to The Washington Post, Greene responded to President Joe Biden's call for volunteers to go door to door promoting vaccination by calling the potential volunteers, "medical brown shirts" — a reference to the violent street gangs originally used by the Nazi Party to assert their dominance.

"It was not immediately clear what Greene meant with her reference to 'a vaccine that is NOT FDA approved.' All three of the coronavirus vaccines in use in the United States were approved under the Food and Drug Administration's emergency use authorization last winter," reported Felicia Sonmez. "The three vaccines have not been granted full approval, however, and pressure has been mounting on the FDA to speed up its process, with some experts arguing that doing so will reduce vaccine hesitancy and make it easier for employers, universities and the military to mandate vaccines."

According to the report, Greene has not yet responded to requests for comment.

Greene was stripped of her committee assignments by a vote of the House earlier this year after social media activity surfaced of her endorsing the execution of prominent Democrats.