The motion was filed in Fulton County Superior Court on Wednesday.

IN OTHER NEWS: The CIA had to come up with clever ideas to keep Trump from putting classified info in his pockets

"The motion also cites sovereign immunity, attorney-client and executive privilege as reasons why Judge Robert McBurney should quash the subpoena. Kemp is currently scheduled to testify before the grand jury on Thursday, less than 90 days before his Nov. 8 rematch against Democrat Stacey Abrams," the newspaper reported. "Short of overriding the subpoena, the motion requests that Kemp’s testimony be delayed until late 2022 or early 2023, and that the court establish parameters for questioning."

Kemp's office says it produced 13,000 pages of evidence for the grand jury.

The motion came two days after it was reported Rudy Giuliani was informed that he is a target of the investigation. 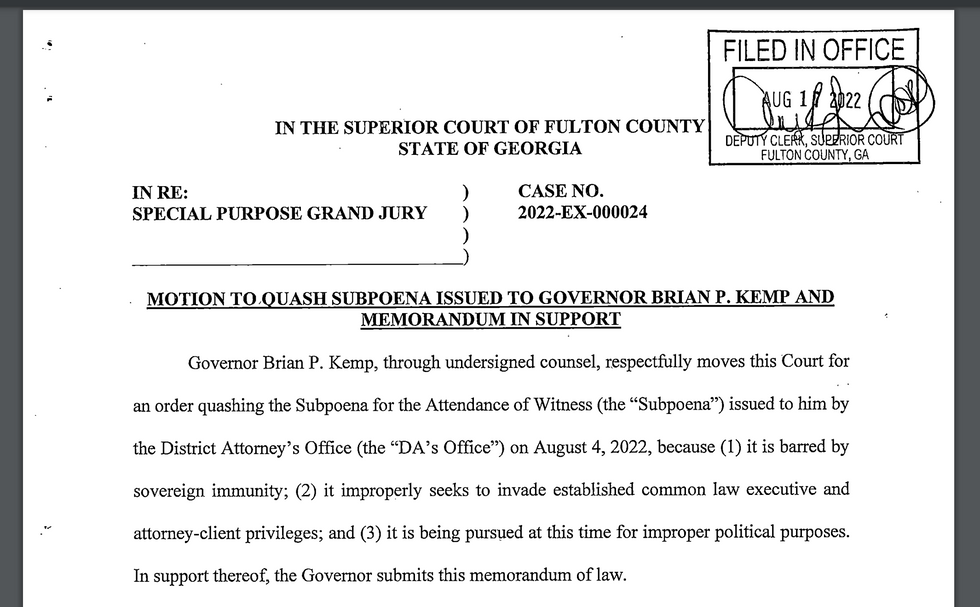