'It's a sickness': WaPo reporters reveal what drives Trump's 'addiction' to media attention 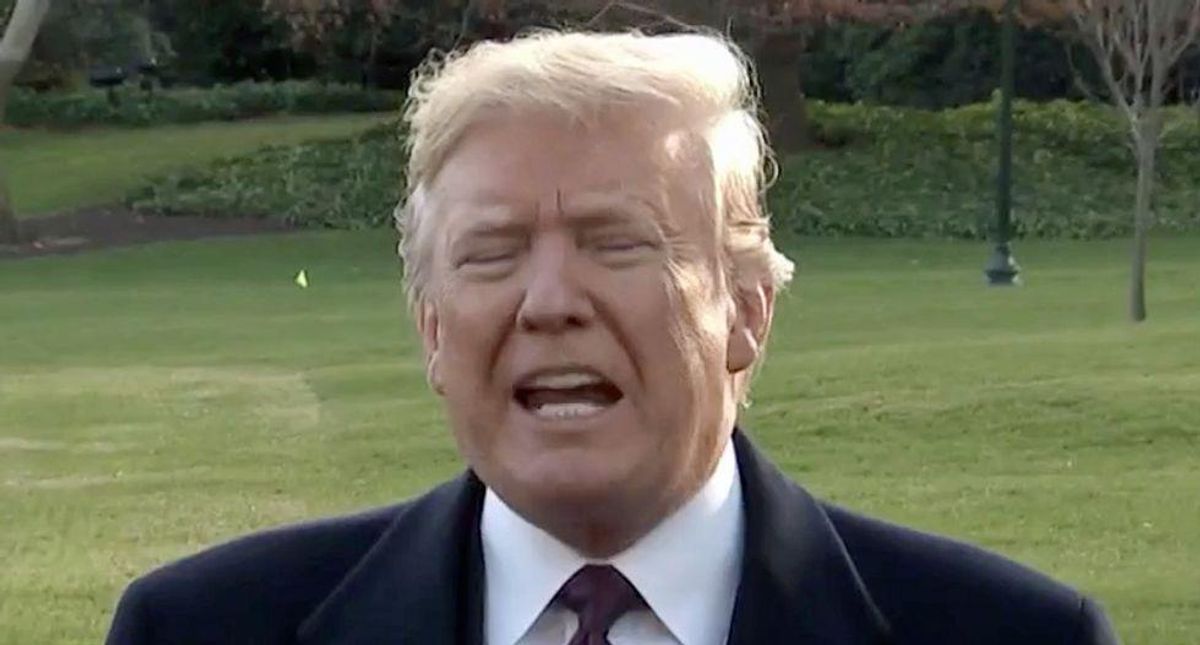 Donald Trump continues sitting for interviews with the authors of tell-all books about his presidency for one simple reason, according to a pair of journalists who just published one of those.

Washington Post reporters Carol Leonnig and Philip Rucker published "I Alone Can Fix It," which debuted Tuesday, and they told MSNBC's "Morning Joe" about the bizarre experience they encountered while interviewing the twice-impeached one-term president at his private Mar-A-Lago resort.

"The former president is really being pretty aware of himself at that moment by saying, you know, 'I am addicted to your questions and your attention,'" Leonnig said. "It is a sickness in some respects. However, I would argue part of the reason he sat with us for so long is because we were eager to hear his explanations, his narrative of this incredible consequential and ultimately catastrophic year. We wanted him to have a chance to explain that."

Trump blames his own failures on others, she said, and even ascribes some of his own weaknesses to them.

"Mostly what he talked about was how often people around him failed him," Leonnig said. "He believes Bill Barr was addicted to the media and too weak to resist the criticism that he was facing, and that's why Bill Barr failed him. He argued that Mitch McConnell was stupid and lacked personality, and this was a huge yoke around his neck to have a Republican leader who was so fair to middling, I guess I would say. The next thing he argued was that [Mike] Pence, his vice president, was weak and could have done more to protect the Constitution if he had followed Donald Trump's words. A lot of people would disagree with the president about this, but I think it's interesting his narrative is basically he alone was the brilliant genius and everyone else was enemy or weak, paltry stand-in."