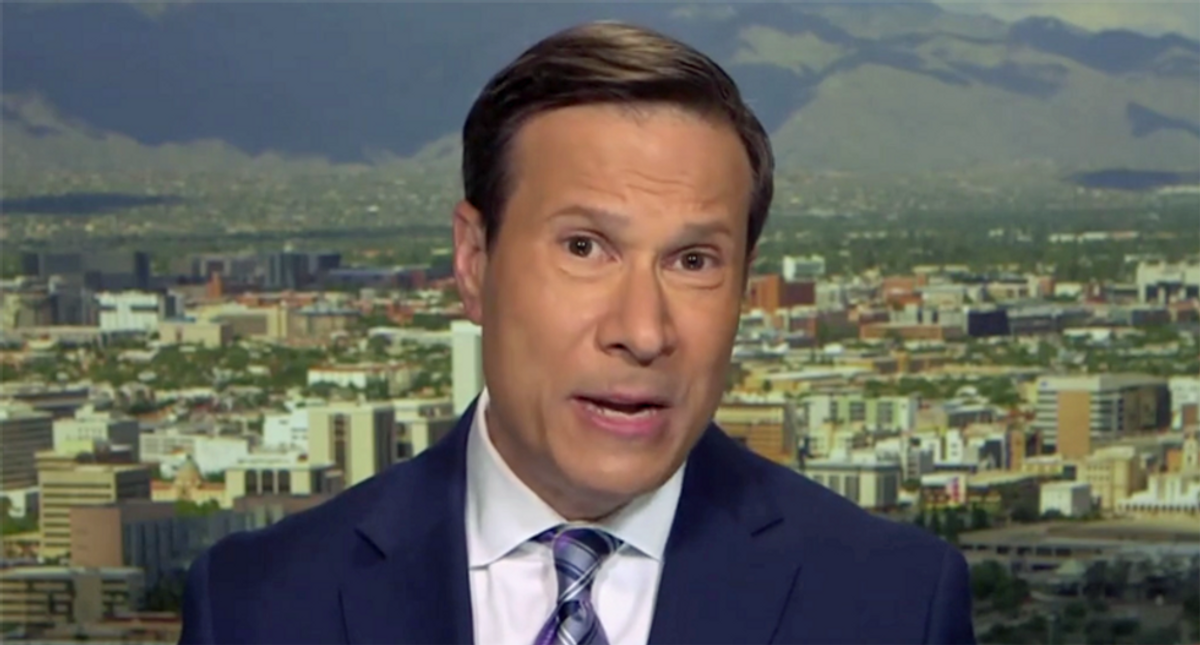 MSNBC commentator Frank Figliuzzi told MSNBC's Nicolle Wallace that he hasn't seen terror threats at this level since Sept. 11 and the early 2000s.

Addressing the recent suspect at the U.S. Capitol who claimed to have a bomb, Figliuzzi said that learning about the man, in this case, will be crucial to learning about and predicting the next potential terrorist act.

"That's because the context we're living in right now is precisely what's reflected in those DHS warnings," he said, referencing a Homeland Security bulletin from six days ago that warned of possible domestic terrorism from those angry about the election and angry about wearing masks.

"It will start playing out," he warned. "What we're seeing in this individual's social media already and the associates that I work with who are on this and digging and scraping his social media, his postings, they're telling me there is a deep sense of cause, as incoherent as it may be with this individual, there are several grievances he thinks he needs to air out. And why do we care about this? Why are we talking about it? As you said, it's not to amplify him. It's to amplify the DHS warning that tells us that there's a perfect storm of grievance and cause developing on extremist sites of all kinds."

Figliuzzi explained that there is a laundry list of things that are causing such anger among people that it's inspiring them to violence.

"And now let's add, by the way, let's add to what I'm about to list Afghanistan and a sense that something went wrong there and somehow that's an injustice, perhaps, to those who served there or not," Figliuzzi continued. "But let's rattle it off. The anti-mask, the anti-vaccine, the Jan. 6th political prisoner notion, the notion that Ashli Babbitt is some kind of martyr that needs to be avenged, and now that Trump will come back and a rally is going to happen this weekend in Alabama."

He noted that Washington, D.C. and the Parks Department have already approved permits for a rally for later in September.

"All of this is causing a kind of online radicalization that, quite frankly, I have not seen since my days working Al Qaeda/ISIS," the former FBI counter-terrorism expert revealed. "It's online, it's the desire to be a part of something greater than yourself and your willingness to act out violently because of your beliefs."

Wallace noted that it seems there is a right-wing world where many of these people seem engrossed where they hear the rage from people on Facebook, from former President Donald Trump, and from conservative outlets like Fox News, OAN and Newsmax.

Figliuzzi agreed, saying that members of Congress are already spreading fear about refugees coming into the United States from Afghanistan. Language like "these people aren't like us" and "do you want this plane landing in your back yard" is fear-mongering on top of what is already being seen with anti-maskers, anti-vaxxers and election truthers.

"The craziness, the unhinged people, the people willing to commit violence are becoming large enough and no longer a fringe and now mainstreamed that we do have to worry about them and we do have to worry about the next one," he continued. "So the FBI is going to dig deeply into this guy's background not just to make a case against him, that's already made, but quite frankly, to figure out where he got radicalized, who else is like him, who else is in the wings ready to commit the kind of violence that DHS is warning us about."

domestic terrorism is going crazy in the united states www.youtube.com