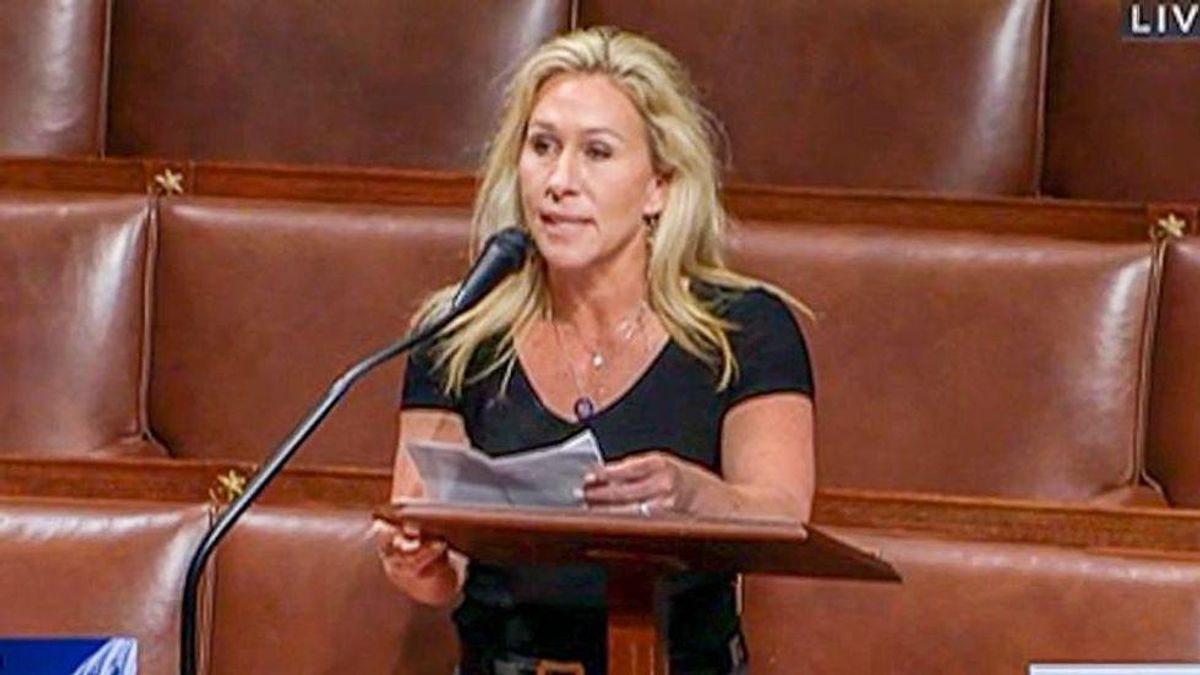 Controversial Rep. Marjorie Taylor Greene (R-GA) continues to side with the Trump insurrectionists over the United States government.

Greene sent a letter dated Thursday to FBI Director Chris Wray and acting Capitol Police Chief Yogananda Pittman where she both pushed conspiracy theories and attempted "whataboutism" to deflect from the fact Trump supporters engaged in an insurrection.

"It is abundantly clear that there is a two-track justice system in the United States: denial of due process rights for Trump supporters who were at the Capitol on January 6th and "catch and release" treatment for Black Lives Matter (BLM) and Anti-Fascist (ANTIFA) domestic terrorists," Greene claimed, even though white supremacists are the greatest terrorism threat facing the country and neither BLM nor anti-fascists ever tried to end democracy in America.

"It is indeed a dark day in America when thousands of domestic terrorists burn down cities, loot businesses, and destroy federal property for an entire year and remain at large while peaceful citizens who walked into the Capitol on January 6th are treated worse than foreign terrorists," Greene wrote.

Although she is now claiming there were "peaceful citizens" among the mob trying to overturn the election, Greene admitted Republicans would look ridiculous making such a claim about the insurrection back in January.

No excuse for violence, & I along with all Republicans have denounced the Capitol attack & had nothing to do with it.

Imagine if we called it a “peaceful protest"

Said “people will do what they do"

And shared bail bond links for those arrested from attack.

Anthony Aguero, a close political ally of Greene, said he was in the Capitol during the insurrection.

"We were all there. It was not Antifa and it was not BLM. It was Trump supporters that did that yesterday. I'm the first to admit it, being one myself," Aguero said in a video posted the day after the insurrection.

Despite Aguero's admission, Greene also pushed the lie that Antifa was responsible for Trump supporters' attack.